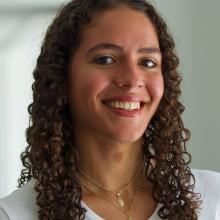 Christina is the Facilities Coordinator at WRI. Alongside the Facilities Manager, she works with the entire Institute by providing support in all areas of Facilities. She joined WRI in 2017 as the front desk receptionist.

Prior to joining WRI Christina served as a cultural ambassador for the Spanish Ministry of Education. She was working as an English teacher in Barcelona at a primary school in a government to government education initiative.

A dual national of the United States and Holland, Christina is an avid traveler and language learner. She enjoys collecting plants, film photography and watching reality tv.