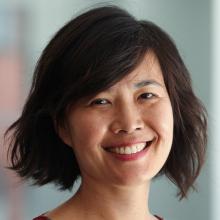 Christina Chan is the Director for the Climate Resilience Practice, which seeks to help national and sub-national decision-makers understand the drivers of climate vulnerability in their countries, engage vulnerable people in adaptation efforts, and access the information, tools, and resources they need to take account of climate change in planning and programs.

Prior to joining WRI, Christina was a Branch Chief at the U.S. State Department’s climate change office, where she led U.S. government efforts on global adaptation policy, launched several major adaptation partnerships, including the Adaptation Partnership and the National Adaptation Plan Global Network, and provided leadership on adaptation as a Vice-Chair and Co-Chair of the UNFCCC’s Adaptation Committee. Christina also spent eight years with CARE, helping communities reduce their disaster-related risks and leveraging CARE’s on-the-ground work with communities to inform CARE International’s policy advocacy on global climate change policy with the United States and other Parties to the UNFCCC.