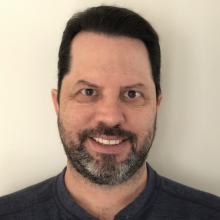 Charles Iceland is Global Director, Water (Interim) with WRI’s Food, Forests, Water, and the Ocean Program. In addition to overseeing the Global Water Team, Charles is implementing the Water, Peace, and Security Partnership with several European and American partner organizations. As part of this project, he and his team have developed a machine learning-based conflict prediction tool that leverages information on environmental, political, economic, social, and demographic conditions worldwide. The partnership was awarded the 2020 Luxembourg Peace Prize for Outstanding Environmental Peace.

Charles is also a faculty member in the Master of Environmental Studies program at the University of Pennsylvania.

Charles previously partnered with several major multinational corporations, including Mondi Group, Rio Tinto, Akzo Nobel, and BC Hydro, to develop, road test, and apply an innovative methodology for assessing corporate risks and opportunities stemming from ecosystem change. Prior to that, he worked at the World Environment Center, where he developed innovative supply chain environmental management pilot programs for Alcoa, Johnson & Johnson, Dow Chemical, and General Motors. Charles has worked at the Office of the United States Trade Representative, the United States House of Representatives, and the Peterson Institute for International Economics. He also worked in the banking and finance sector for several years and is a Chartered Financial Analyst (CFA). Charles earned his undergraduate degree from Yale University and a master’s degree in international affairs from Columbia University.