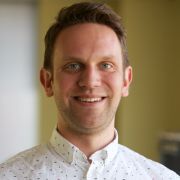 Before joining the Food Program, Brian previously worked at WRI on the 2010-2011 edition of the World Resources Report, titled Decision Making in a Changing Climate.

Brian holds a B.A. in political science and an M.S. in environmental policy from the University of Michigan. He resides in Washington, D.C.