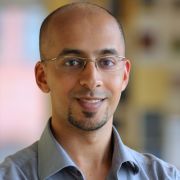 Aman is a Lead Economist at WRI India. He is based out of the Delhi office and works on scaling up the institution’s economic research across its areas of focus. Aman was previously with the climate finance team at WRI in its Washington, DC office, where he was shaping research on the MRV architecture of climate finance and leveraging the private sector. He was a chapter author for the UNFCCC SCF’s 2016 Biennial Assessment report. Prior to WRI, Aman has also worked in banking and financial inclusion, and has interned with the WTO in Geneva.