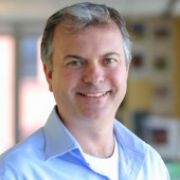 Adam Grant is no longer on staff at the World Resources Institute. Please call +1 (202) 729-7600 for current contact information.