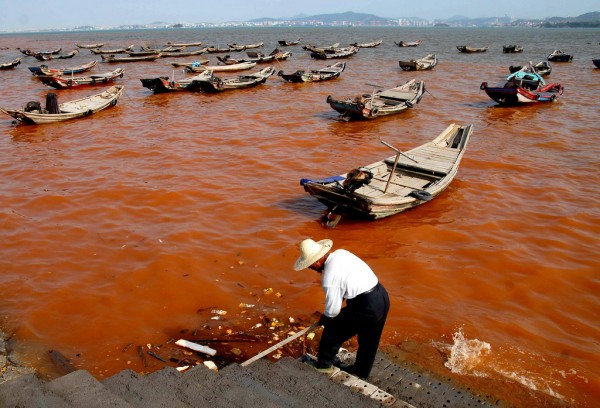 Fig 1. Red tide in Xiamen, in China's Fujian Province, April 21, 2007. Red tides are nutrient-fueled blooms of phytoplankton that discolor water with their pigments. Several species are known to have toxic effects on marine life and pose a risk to human health through the consumption of exposed fish.

Excess nutrients in coastal waters can cause excessive growth of phytoplankton, microalgae (i.e. epiphytes and microphytes), and macroalgae (i.e. seaweed).

In turn, the increase in phytoplankton and algae can lead to more severe secondary impacts such as:

The scientific community is increasing its knowledge of how eutrophication affects coastal ecosystems, yet the long-term implications of increased nutrient fluxes in our coastal waters are currently not entirely known or understood. We do know that eutrophication diminishes the ability of coastal ecosystems to provide valuable ecosystem services such as tourism, recreation, the provision of fish and shellfish for local communities, sportfishing, and commercial fisheries. In addition, eutrophication can lead to reductions in local and regional biodiversity. 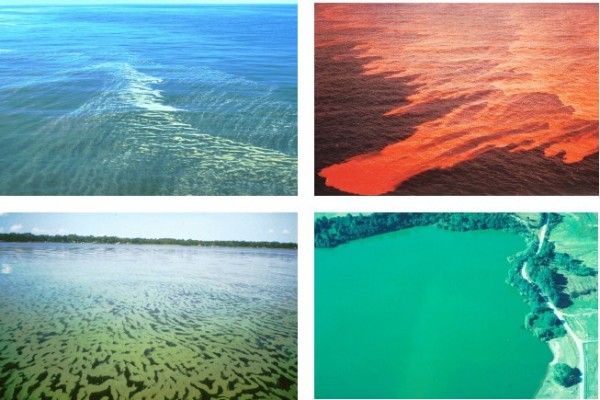 Two of the most acute and commonly recognized symptoms of eutrophication are harmful algal blooms and hypoxia.

Harmful algal blooms (Figures 1 and 2) can cause fish kills, human illness through shellfish poisoning, and death of marine mammals and shore birds. Harmful algal blooms are often referred to as “red tides” or “brown tides” because of the appearance of the water when these blooms occur. One red tide event, which occurred near Hong Kong in 1998, wiped out 90 percent of the entire stock of Hong Kong’s fish farms and resulted in an estimated economic loss of $40 million USD. 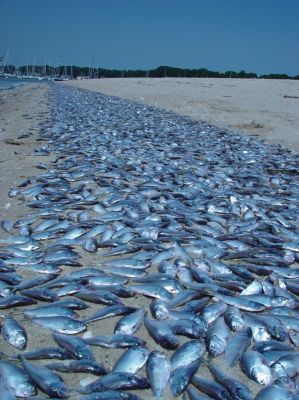 Hypoxia, considered to be the most severe symptom of eutrophication, has escalated dramatically over the past 50 years, increasing from about 10 documented cases in 1960 to at least 169 in 2007. Hypoxia occurs when algae and other organisms die, sink to the bottom, and are decomposed by bacteria, using the available dissolved oxygen. Salinity and temperature differences between surface and subsurface waters lead to stratification, limiting oxygen replenishment from surface waters and creating conditions that can lead to the formation of a hypoxic or “dead” zone. The formatioin of dead zones can lead to fish kills (Figure 3) and benthic mortality. Because benthic organisms are bottom dwelling and cannot easily flee low-oxygen zones, they are often the most severely impacted.