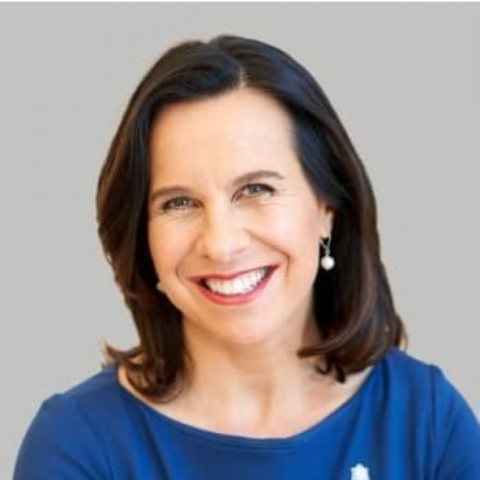 “In its fight against COVID-19, Montréal has made every effort to ensure that nobody was left behind. This same vision applies to the fight against climate change, a reality that affects the entire population, but that has a particularly significant impact on the most vulnerable members of our society.”

In 2019, the mayor of Montréal, Valérie Plante, became the ICLEI (Local Governments for Suistainability) global ambassador for local biodiversity, as well as the representative for the protection of natural habitats and biodiversity by local administrations. She extends the invitation to mayors worldwide to join her in rolling out concrete measures aiming to restore natural habitats in their cities.

Montréal is Canada’s second largest city and home to nearly two million people. The city is surrounded by large bodies of water, namely the Saint-Lawrence River and the Rivière des Prairies. Montréal was named after the Mont-Royal, the three-summit hill located at the very heart of the city, in a park with a surface area of 2 km2. The Mont-Royal acts much like a lung for the metropolis, providing a public green space for Montrealers to enjoy. The city lives and breathes around this forest, which is integral to the identity of the city and its inhabitants.

In 2016, Montréal joined C40 (Cities Climate Leadership Group), a global network of 96 forward-thinking cities who are committed to the fight against climate change. Montréal is actively working to enhance and protect biodiversity and to show international climate leadership. The city is also home to the headquarters of the Secretariat of the Convention on Biological Diversity (SCBD). These major commitments reflect the importance Montréal places on ensuring a high quality of life for its residents, as well as the key role played by its urban forests in countering the effects of climate change. For example, the city has recently developed a Climate Plan to actively work towards its goals of resilience and adaptation to climate change.

Montréal acknowledges the value and benefits of urban forests, which provide essential resources to the ecosystem. Urban forests enhance Montrealers’ quality of life through improvements that are equivalent to several million dollars annually.

Montréal has some 1,200,000 trees on public property, which have a total estimated value of one billion dollars. There is almost one tree for every resident in the city. Montréal’s green areas cover 4,162 hectares and include 1,495 parks and 104 community gardens and urban farms. The city also plans to create a new park that could become Canada’s largest municipal park, with a surface area of more than 3,000 hectares. The city also recognizes the importance of linking green spaces and has developed a plan to establish various corridors by linking such areas, thus benefiting biodiversity and the urban population.

Montréal plans to plant no less than 500,000 trees by 2030. In addition to increasing its canopy index, these new trees will counter the impacts of heat islands, a growing threat in every large city, by making its urban forests more resilient to the impacts of climate change and exotic invasive species. Montréal also plans to enhance biodiversity in the city by planting a wide variety of tree species and by developing ecosystem management strategies. In order to reach these goals, Montréal has its own nursery, which has been in operation since 1948. With a surface area of 40 hectares, the city’s nursey is the largest urban nursery in Canada and home to more than 80,000 trees in various stages of growth, which include 178 different species and various vegetation types.

Montréal is surrounded by several national parks and wildlife preserves. These natural habitats are ideal places for citizens to break away from the hustle and bustle of urban life while enjoying a wide variety of recreational activities. They also provide wildlife and plants with habitats to thrive in, including for many rare or endangered species in the region.

In the province of Québec, forests cover 900,000 km2. National parks and biodiversity preserves ensure the protection of some of the province’s forests and make up part of a network of large protected areas. In addition to parks and preserves, exceptional forest ecosystems are also protected areas, an integral part of the strategy for sustainable forest development because it allows the diversity of the ecosystem, including habitat for wildlife and plants, to be maintained over time.

History: The fight against the emerald ash borer

In 2012, Montréal detected the emerald ash borer for the very first time on its territory. The city quickly took action by rolling out a strategy to reduce the impact of this exotic, invasive insect on its urban forest. Now, having become a leader in this field, the city manages one of the most ambitious treatment programs against the emerald ash borer and has preserved more than 50,000 ash trees on its territory. The city offers to treat ash trees for free, even if they are on private property. While the emerald ash borer has caused the loss of numerous ash trees in Montréal, the city’s plantation efforts have allowed it to maintain its canopy index. These efforts will enable future generations to enjoy a more diversified urban forest, which will render it more resilient to invasive species. In addition, Montréal has transformed the loss of these trees into an opportunity by launching an innovative program to ensure the wood from these trees can be still be used: felled ash trees are repurposed to manufacture urban furniture and installed throughout the city. In addition to the practical and aesthetic value of these pieces, this initiative contributed to reducing the need for imported exotic wood. Montréal now intends to extend this approach to all trees felled on its territory.