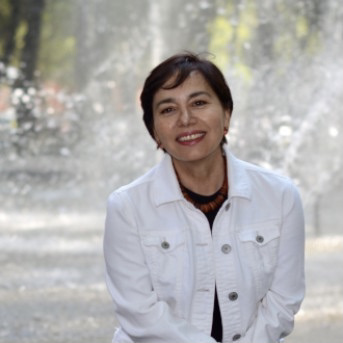 “The Reto Verde (Green Challenge) is a program to revegetate and reforest the city to have more green spaces, increase humidity and mitigate the effects of climate change. The program will also help recover biodiversity in the city, as well as in protected areas and in areas of environmental value on urban lands and in peri-urban forests (conservation land). With the Green Challenge, Mexico City is supporting Sustainable Development Goals (SDGs) 6, 11, 13 and 15.”

On Arbor Day in 2021, Secretary Robles-García observed that “in 2019, the Head of the Government of Mexico City, Dr. Claudia Sheinbaum, endowed a historic financial resource—one billion pesos to be invested each year in conservation to ensure a healthy future for Mexico City.” The response of the community to this commitment has been positive: 170 “tequios” (collaborative citizen sessions for the planting of trees, shrubs, plants and ground covers) have been established in public spaces across the city and local citizens have helped plant 273,182 plants during these collaborative events. Secretary Robles-García remains committed to working with civil society and the government to ensure a vibrant and healthy future for Mexico City.

The Green Challenge is visible in 58 urban, public spaces across the city (roads, parks, squares, hospitals and under bridges), as well as in urban and peri-urban forests. As part of the Challenge, 12 protected areas and six ravines have been revegetated. Mexico City has also successfully improved the environmental conditions of several bodies of water. In June, 2021, Dr. Marina Robles-García celebrated Mexico City’s commitment to investing in the city’s natural resources: “In the last two years, our administration has invested over 980 million pesos to rehabilitate, restore and improve the wetlands of Mexico City. We are going to continue doing this work with communities so that these ecosystems are maintained, conserved and improved and so that they continue to form a vital part of the city’s landscape.” The Secretary also noted that Mexico City has 4,000 hectares of wetlands, and that the Ejidos de Xochimilco and San Gregorio Atlapulco lake system represents an additional 2,657 hectares. In 2020, the project Socio-Environmental Rehabilitation for the Conservation of the Ecological Parks of Mexico City was awarded first place in the "IV Latin American Biennial of Landscape Architecture", a competition held by the Mexican Society of Landscape Architects, the International Federation of Landscape Architects (IFLA) and the National Association of Parks and Recreation. The award was granted in recognition of Mexico City’s efforts to further environmental education and a greater awareness of the value of the city’s protected natural areas.