Arkansas’ twin cities of Little Rock and North Little Rock are leaders on protecting and enhancing their urban forests. 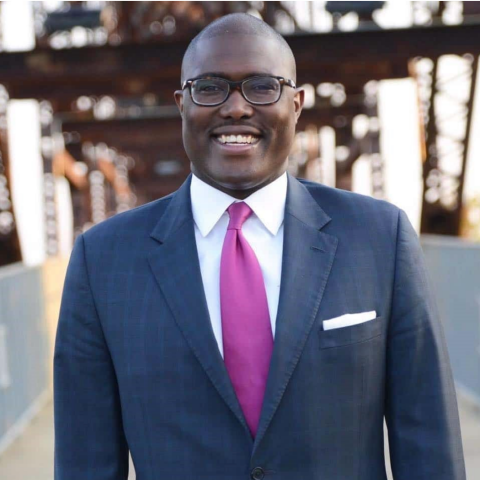 “Little Rock residents love their city’s trees, which is why we have invested in expanding and enhancing our urban forests and city parks. But we know that our responsibility doesn’t end at the city’s boundary. That’s why we’ve supported our utility, Central Arkansas Water, to issue the first-ever certified green bond to acquire nearby forests for watershed protection. We encourage other cities to follow — we all depend on water that flows in from outside the city, and we all depend on forests.”

But these cities have gone beyond a focus on their urban trees to protect the forests around their cities that are so crucial for their residents. The oak, hickory and short-leaf pine forests surrounding Lake Maumelle in central Arkansas are crucial for filtering and regulating drinking water for the region’s half a million people. The area has long been threatened by development encroachment and unsustainable timber harvests. Recognizing this threat, the two cities worked with Central Arkansas Water (CAW), the regional water utility, to institute a watershed protection fee to raise funds to acquire and protect the forest land. But to acquire forests at a larger scale, they needed to raise more capital from the private market.

CAW partnered with green finance experts Encourage Capital and World Resources Institute (WRI) to pioneer the first-ever certified green bond to acquire forests for watershed protection. The $31.8 million bond will allow CAW to borrow money from investors to acquire and protect forest land and pay them back over time using revenues such as the sale of sustainable timber, carbon credits, recreational fees, the surcharge on water bills and savings on water filtration. Morgan Stanley purchased the green bond at a premium, which unlocked additional loan opportunities at historically low interest rates. This not only will help Little Rock, North Little Rock and Central Arkansas Water potentially supply clean drinking water for their residents for the next 100 years, but will also serve as inspiration to other cities and water utilities around the world.