Out of a legacy of flooding, Houston invests in resilience through nature. 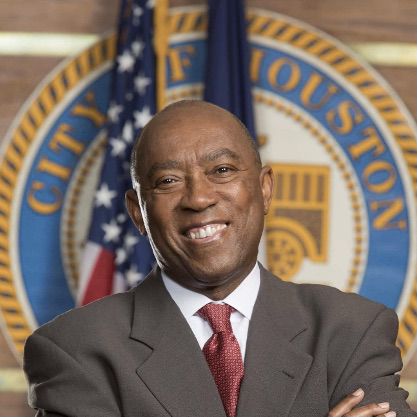 “After seven declared disasters in six years, Houstonians know that climate change is here. We must prioritize climate-ready infrastructure that extends beyond traditional engineering solutions to new and innovative approaches that embrace nature’s role in achieving multiple benefits for our health, safety, equity, environment, and economy at the same time.”

Over the last five years, Houston has weathered a series of damaging and deadly floods, including the Tax Day flood, Hurricane Harvey and Tropical Storm Imelda. Realizing climate events had become more dangerous due to the loss of protective ecosystems such as prairies, wetlands and forests, the city decided to re-think its approach to resilience. As a result, Houston issued a bold new Resilient Houston Strategy, a program of Incentives for Green Development and the Houston Climate Action Plan. These strategies invest heavily in natural solutions, including commitments to plant 4.6 million new native trees by 2030, complete 100 new green stormwater infrastructure projects by 2025, conserve 24 percent of undeveloped regional lands as natural spaces by 2040 and invest $50 billion in major recovery, mitigation and modernization projects by 2040.

In 2020, the Houston Parks and Recreation Department began a riparian restoration project to improve the health and connectivity of the region’s bayous (the marshy outlets of lakes and rivers). This initiative is restoring more than 1,000 acres of habitat across 70 parks adjacent to bayous and tributaries by planting 200,000 trees, installing a diverse mix of native vegetation and removing invasive species. In 2020, the city was also awarded a grant from the Resilient Communities Grant Program to restore undeveloped and vacant land into a native prairie by creating more stormwater detention areas, native habitat, tree plantings and recreation areas for children and families. The same year, the city launched an urban heat island mapping campaign, engaging roughly 80 community scientists who are using specially-designed thermal sensors attached to their cars to measure and map urban heat in the region. Houston is now taking action to reach these ambitions and has made progress toward meeting more than 90 percent of its targets in the first year.