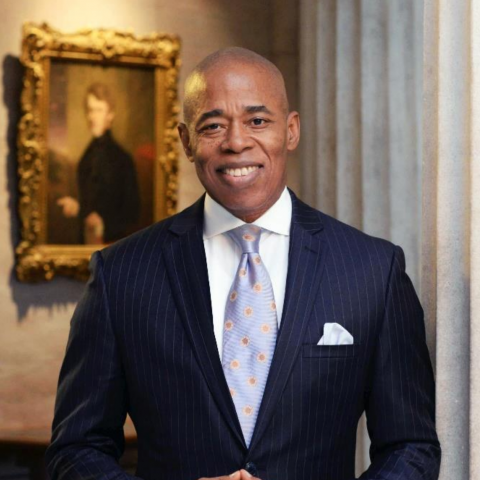 Leading on Forest Conservation through Policy, Infrastructure, and Global Action

“Brooklyn is committed to fighting climate change by harnessing the power of trees and forests. We are investing in our urban parks and forests to store carbon, protect us from stormwater flooding, and reduce Urban Heat Island Effect. However, climate change is a global problem, and it demands global solutions. That is why I have been proud to advocate for new policies that protect faraway tropical forests, including a resolution calling on corporate and government entities operating in our city to divest from agricultural industries that benefit from the deforestation of the Amazon rainforest. Sustainable purchasing and investments starting in Brooklyn can make a world of difference for our planet and our people.”

With an ever-interconnected world, global environmental challenges loom large in local communities. Consequently, it is imperative that our parks, energy, and environmental initiatives promote better public health through cleaner air and water, greener and rejuvenated outdoor spaces that act simultaneously to counteract the effects of climate change.

There are 877 parks in Brooklyn, of varying sizes and amenities. Prospect Park, located in the heart of the borough, offers 526 acres of respite. Brooklyn is proud to be the home of Shirley Chisholm State Park, a sprawling 407-acre space providing Brooklynites and New Yorkers active to passive recreational activities that aid physical and mental health.

The development of urban parks and the greening of community spaces more broadly, albeit slowly, improve air quality and slightly counteracts carbon emissions, as new trees, plants, and other vegetation inhabit spaces previously devoid of many, if any foliage. Brooklyn is host to more than 181,000 trees, which reduce 299,888,361 tons of carbon dioxide and 321,233 pounds of air pollutants each year.

Brooklyn is committed to maintaining, expanding, and enhancing these urban forests through citywide initiatives such as MillionTreesNYC, which seeks to plant and care for one million new trees across the city’s five boroughs. During the tenure of Brooklyn Borough President Eric Adams, the Office has allocated more than $45million in capital funding to rehabilitate existing and build new parks in the borough, including an allocation of$800,000 of capital funding to the installation of tree guards, which have been proven to extend the longevity of trees, reduce mortality rates, and can also provide a small, protected planting bed for gardening. The Borough has further tapped into State funds to support the Brooklyn Greenway Initiative, which is establishing a 26-mile landscaped route of green space that will connect neighborhoods and parks along Brooklyn’s waterfront.

Brooklyn also benefits from New York City’s major investment in large, forested watersheds outside the city boundaries to supply fresh drinking water. Through this program, New York City has invested $1.7 billion to protect more than one million acres of forests and other natural lands in the Catskills to save on water filtration costs.

Through New York State’s Downtown Revitalization Initiative, $10 million will be invested in Downtown Brooklyn through local community planning to transform neighborhoods into vibrant communities where we live, work, and raise families. A portion of this funding is dedicated to the City’s Parks Department for the revitalization of Commodore Barry Park, supporting the larger Brooklyn Strand vision of connecting Downtown Brooklyn through a series of parks and plazas.