RELEASE: Vision Zero Challenge to Save Lives from Traffic Deaths 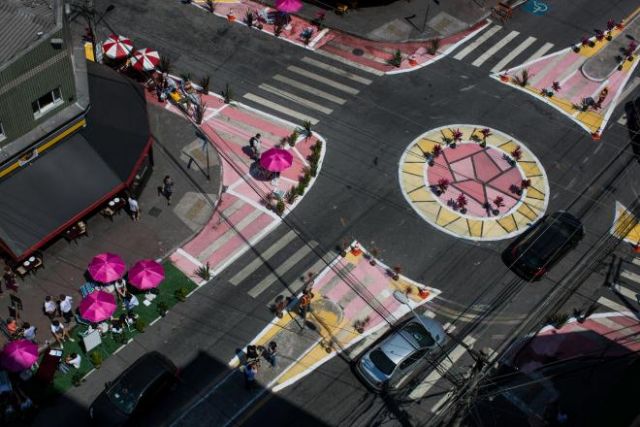 WASHINGTON (January 16, 2020) — A new road safety challenge launched today aims to help cities in Latin America and the Caribbean create systemic change to reduce traffic deaths and serious injuries. Coordinated by WRI Ross Center for Sustainable Cities, the Vision Zero Challenge will train city leaders on how to make streets safer for children, how to improve infrastructure and speeds, how to set policies and attract financing, and more; and five participating cities will be selected as #Vision2Action Champion Cities.

The Challenge is named for Vision Zero, the philosophy that no deaths or serious injuries should be acceptable in the mobility system. It is underpinned by a systemic, evidence-based approach to road safety called the Safe System approach, which looks beyond individual behavior to address the underlying safety issues in how streets and vehicles are regulated, designed and managed. Faced with clear evidence that this holistic approach reduces traffic deaths faster and to lower levels, many cities, states and countries are adopting the Vision Zero strategy at an increasingly rapid rate. But the substantive action that must accompany Vision Zero commitments is often neglected, which is why the Challenge is being launched today.

“Vision Zero is a powerful approach to road safety that has become a global phenomenon,” said Claudia Adriazola-Steil, Director of Health and Road Safety and Deputy Director of Urban Mobility at WRI Ross Center for Sustainable Cities. “But too often, we are finding that strong political commitments to Vision Zero are not followed by equally strong action and implementation based on Safe System principles, which recognize the importance of system design and policy in making roads safer.”

Seeing cities grapple with the challenge of moving from rhetoric to actually implementing innovative road safety solutions was the inspiration for the Challenge. It has been designed to inspire and empower city mobility directors and planners to take a systemic approach to road safety and make strategic changes based on their local context. The Challenge pairs cities in the region with the expertise of 10 partner organizations at the vanguard of global road safety, celebrating the cities taking action on road safety while providing the targeted support they need to go even further.

The Challenge has four core objectives:

The inaugural Challenge will pilot a model where invited cities participate in six months of knowledge exchange, during which partner organizations will offer training on key areas: managing speeds, safety for children and young people, data and innovation, policy and finance, and safe infrastructure. At the end of the training process, cities can submit a project or policy they have developed in response to what they have learned. The five most outstanding applications will be selected as #Vision2Action Champion Cities and receive further prestigious and in-depth training opportunities, including travel to represent their city in Sweden at the Vision Zero Academy.

The Safe System approach works and is already showing strong results in Latin America. In Bogotá, lowering speeds on arterial roads where the most deaths occurred is estimated to have saved over 60 lives in only six months, compared to the average number of fatalities from the previous four years. With the Vision Zero Challenge, WRI Ross Center and partners hope to build on the momentum of these innovative cities, inspiring city leaders to implement this paradigm change and, ultimately, to act on it.

For more information, including publicly available resources, progress reports for the Challenge and announcement of the #Vision2Action Champions, please visit the website.