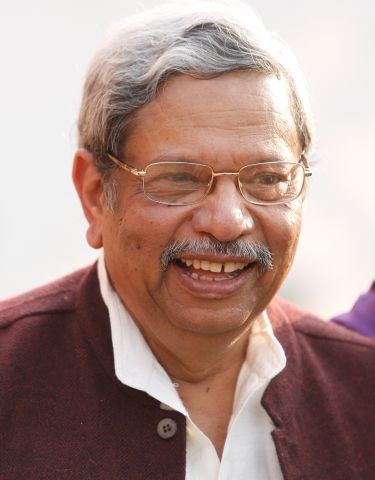 MUMBAI (June 7, 2017) —Om Prakash (O.P.) Agarwal has been announced as the new CEO of WRI India, where he will oversee its strategy, staff and programmatic activities. Agarwal is a highly respected thinker and practitioner with decades of experience on cities, urban transport, climate change and related development and environment issues.

Agarwal joins WRI India’s team, many of whom have been in India for more than a decade, to lead the office's ongoing efforts to strengthen its work around cities, energy, climate, landscape restoration, water, and government and business engagement.

“I have the pleasure of welcoming O.P. Agarwal to lead WRI India. O.P. has been a policy designer and a deep thinker for over two decades,” said Jamshyd Godrej, Chairman of the Board, WRI India. “At this critical juncture for India, which is facing challenges for economic growth and rapid urbanization, I am very confident that O.P. will effectively implement and expand WRI India’s agenda for sustainable and equitable development. Since WRI India’s start in India 10 years ago, it has seen rapid growth and an expanding body of work. Under O.P.'s leadership, I am confident that WRI India’s role as a trusted voice on development and sustainability among government, business and civil society will continue to grow.”

Prior to joining WRI India, Agarwal was the Executive Director at the Indian School of Business and chaired the U.S. Transport Research Board's Committee on Transportation in Developing Countries. During Agarwal’s tenure as head of India's Urban Transport division, he authored India's National Urban Transport Policy, a document that outlines the priorities for sustainable urban transport at all levels of government.

“India is on a very rapid growth path, and its urban population is projected to double in just the next 25 to 30 years. One of India’s key challenges is in ensuring that such growth is both inclusive and sustainable,” said Agarwal. “WRI India is fully supporting this effort in many ways. I am thrilled to be joining a team that has already made significant inroads to cleaner and more equitable development. Together with the team, I plan to expand WRI India’s role in providing analysis that can inform smart policies and their implementation, in different sectors."

From 2009 to 2014, Agarwal worked as an Urban Transport Advisor at the World Bank, overseeing transport projects and teams around the world. He also served as a member of the Indian Administrative Service in several positions from 1979 to 2007. Agarwal earned a PhD from the Indian Institute of Technology and a Master's degree from the Massachusetts Institute of Technology.

“O.P. is one of the world’s sharpest and most respected thinkers on urban development today,” said Andrew Steer, President & CEO, World Resources Institute. "He is a thoughtful and dynamic leader who excels at bringing groups together for common solutions. Time and again, O.P has proven to be an innovator in sustainable development and I look forward to seeing where he will guide WRI India’s work on the road ahead."