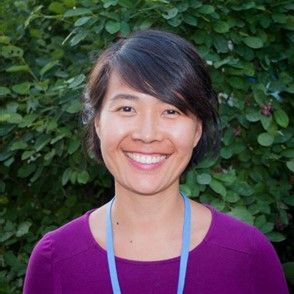 WASHINGTON (May 26, 2017) —World Resources Institute is pleased to welcome Christina Chan as the new Director of the Climate Resilience Practice. Chan will oversee WRI’s efforts to empower vulnerable communities and strengthen their resilience to climate impacts across the developing world. Chan brings more than a decade of leadership in climate change, most recently at the U.S. Department of State, where she played a key role in the international negotiations on adaptation, which culminated in the landmark Paris Agreement.

“Christina is a true trailblazer in the field of climate resilience, and she is joining us at a time when the world is looking to accelerate our response in the face of mounting climate impacts,” said Manish Bapna, Executive Vice President and Managing Director, WRI. “Building resilience requires a sophisticated understanding of how climate change, governance and institutions are interwoven, and Christina brings the vision, leadership and innovation needed to push our work to the next level.”

At the State Department, Chan served as the Branch Chief of the Office of Global Change, where she led U.S. efforts to support developing countries to achieve their mitigation and adaptation priorities, including improved access to finance. Previously, Chan was the U.S. government’s lead negotiator for UNFCCC adaptation negotiations, and she spearheaded innovative adaptation initiatives like the Adaptation Partnership with the governments of Spain and Costa Rica and the National Adaptation Plan Global Network with the governments of Germany, Peru, and others.

“I am thrilled to be joining WRI, and to contribute to the institute’s vision of protecting vulnerable communities, reducing poverty and protecting the natural resources we all depend upon,” said Chan. “I look forward to working with the excellent team here and its wide array of partners to help implement the Paris Agreement and spur greater action on climate resilience.”

“Christina’s firsthand experience working with some of the world’s poorest and most vulnerable communities coupled with her extensive international portfolio gives her a rare, close-up perspective on adaptation,” said Mark Robinson, Global Director of WRI’s Governance Center. “Working closely with her colleagues, she is well-positioned to advance strategies and solutions that can work at the local level and be scaled for even greater impact.”

Paula Caballero, Global Director of WRI’s Climate Program, added: “Christina is widely regarded for her sharp intellect and commitment to climate resilience. The Paris Agreement places unprecedented importance on taking action to help people adapt to climate change impacts, and I look forward to working alongside Christina as we continue to see the commitments from Paris come to life.”

Chan officially joined WRI this month and is based in Washington, DC.