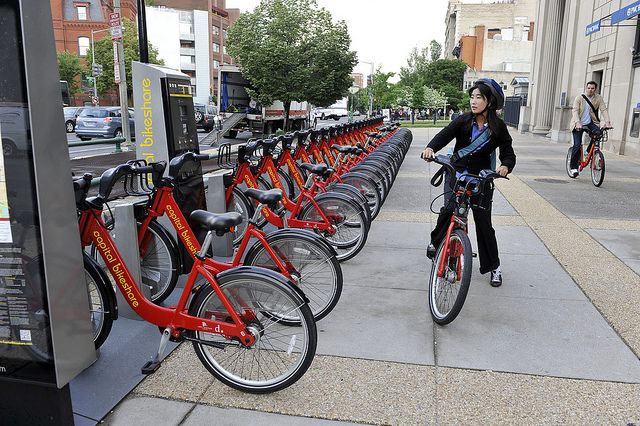 Denmark has pioneered ways to make cities safe and accessible for bikers and pedestrians. In fact, Copenhagen is considered the most bicycle-friendly city in the world. What can we learn from a city where 52 percent of the population commutes daily by bike? How can cities transform streets to improve quality of life?

Join Danish Ambassador to the United States Lars Gert Lose; DC government officials Tommy Wells, Director of DDOE, and Leif A. Dormsjo, Director of DDOT; World Resources Institute President Dr. Andrew Steer; former Technical Mayor of Copenhagen and Danish Cyclists Federation head Klaus Bondam; WABA Executive Director Greg Billing; and experts from around the world at an event January 11 from 2-4 pm at the National Press Club to examine the role of cycling in urban transportation, and the choices that cities must make to plan for a sustainable future.

Before the event, speakers will gather at WRI for a bike ride to the National Press Club, led by the Washington Area Bicycle Association. If you’d like to participate in or photograph the bike ride, please contact anna.braysharpin@wri.org.