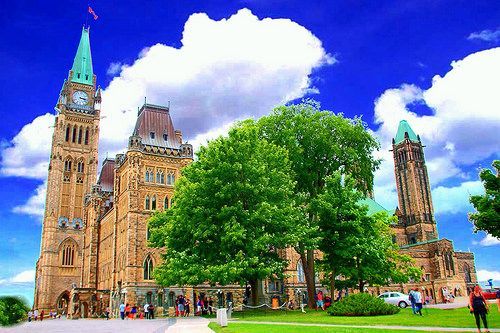 President Obama, Prime Minister Trudeau, and President Pena Nieto agreed to a sweeping list of aligned climate targets and domestic policies in the electricity sector, transportation, short-lived pollutants, and international priorities. Targets include meeting 50 percent of North America’s electricity demand from “clean power sources” – including solar, wind, hydropower and nuclear – by 2025 – meaningfully above business-as-usual trends. Additionally, Mexico joined the United States and Canada in pledging to curb methane emissions from the oil and gas sector 40 to 45 percent by 2025. The countries agreed to phase out “inefficient” fossil fuel subsidies by 2025 and call on the other members of the G-20 to fulfill their prior commitment to doing the same in the medium term. They pledged to align emissions and pollutions standards for light- and heavy-duty vehicles. And, additionally, Mexico and Canada agreed to join the US in creating new internal steps to regulate and reduce the use of hydrofluorocarbons, or HFCs.

Prior to the summit, WRI, Center for American Progress and Canadian and Mexican think tanks jointly released a report with recommendations for a North American climate strategy which were consistent with much of today’s announcements

“These leaders have seized this rare moment of alignment and opportunity to drive momentum for climate action across the continent. Their comprehensive and cooperative approach sets a powerful example for global action on climate change., These actions give another signal that the momentum from Paris continues and the transition to a global low-carbon economy is truly underway.

“The bold pledge to generate half of North America’s power from clean electricity within 10 years should accelerate renewable energy investment and help get the world closer to limiting global warming to well below 2 degrees Celsius. The continent-wide goal to slash methane emissions 40 to 45 percent by 2025 represents one of the greatest near-term opportunities to slow global warming. Plus, new commitments from Mexico and Canada to limit ozone-depleting HFCs should increase momentum toward eventual agreement on a global phase-down of HFCs.

“Sharing a common vision, these leaders are laying the groundwork for more economic opportunities and greater climate security for North America and beyond.”