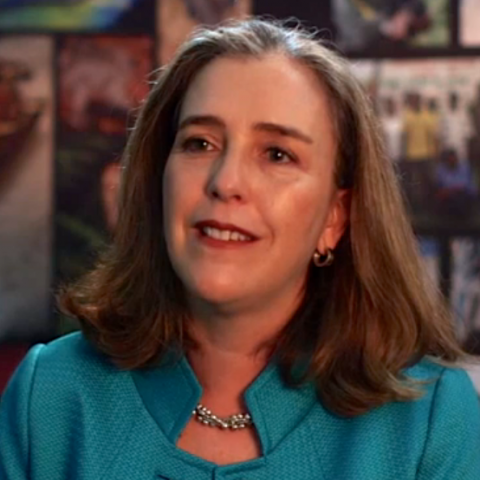 WASHINGTON (June 16, 2016)--The World Resources Institute has chosen Paula Caballero, a widely respected international leader in climate and development issues, to be the new Global Director for its Climate Program. Caballero will work with WRI’s global staff and partners on issues related to international climate action, such as the UNFCCC and implementation of the Paris Agreement, mobilization and tracking progress on national and sub-national climate goals, advancing U.S. climate action and resilience at the federal and state levels, and overseeing fundraising and communications efforts.

“When we thought about who would be the next leader of our climate program, Paula’s name quickly rose to the top of the list. Paula simply is one of the most thoughtful and widely respected leaders in our field, and she will be able to have an immediate impact to advance our goals,” said Dr. Andrew Steer, President & CEO, WRI. “Paula is known for her sharp insights, collaborative approach and consensus building skills. Working in government and with multilateral institutions, she brings a blend of global insights and practical, on-the-ground experience, along with enormous credibility among decision makers in developing and developed countries alike.”

A Colombian national, Caballero has held senior positions with the Colombian government, UN Development Program and the World Bank. Over her career, she worked in the Colombian Ministry of Foreign Affairs, including serving as the lead climate negotiator, oversaw development projects in Latin America for UNDP and was an academic director on the environment in Bogota.

“The world is facing daunting challenges, but also it also has enormous opportunities for progress. To respond to today’s issues, we need to rapidly accelerate solutions that will unlock economic opportunities, as we reduce risks to our natural resources,” said Caballero. “I am just so excited to be joining the great team at WRI, an organization with a strong reputation for deep, cutting-edge analysis, combined with forward-looking and innovative projects.”

Most recently, Caballero has been Senior Director for the Environment and Natural Resources at the World Bank, overseeing a team of over 270 global staff and a portfolio of more than $5 billion focused on resource management, pollution management and environmental economics.

“Paula has been a leading voice for sustainability for many years and she played a critical role in rallying countries to adopt the Sustainable Development Goals last September,” said Manish Bapna, Executive Vice President and Managing Director, WRI. “In joining WRI, she will be able to apply her skills and experiences to advance progress on the intertwined agendas of climate change and sustainable development.”

At WRI, Caballero succeeds two widely-respected climate leaders: Jennifer Morgan, who departed WRI in January to become the co-Executive Director of Greenpeace International, and before that Jonathan Pershing, who now serves as the U.S. Special Envoy for Climate Change at the State Department. Pankaj Bhatia, who served as the acting director of the climate program, will resume his role as the deputy director, leading work around implementation of the Paris Agreement, greenhouse gas tracking, and more.

Paula will begin her new role in August and will be based in Washington, D.C.