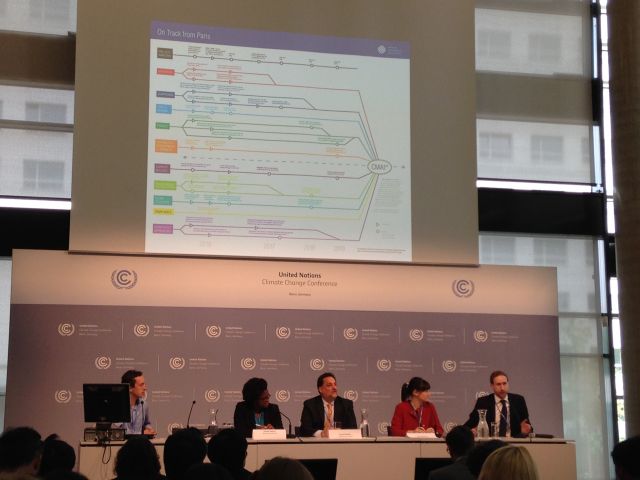 “Though no longer under the world’s spotlight, delegates made crucial progress with the essential task of developing a rulebook to turn the promise of the Paris Agreement into a reality. In Bonn, countries worked in a positive spirit of cooperation thanks in large part to the able, steady hands of the negotiations’ new co-chairs.

“In Bonn, for the first time ever, developing countries’ progress reports faced review by peers within the United Nations' climate negotiations. The constructive atmosphere of these sessions shows that the transparency and accountability system created within the UN process can universally build trust and encourage ambition. It was heartening to see that the quality of developing countries’ data continues to improve.

“The time and effort countries put into developing a clear, balanced agenda in the first week paid dividends in the end. While some topics remain more challenging than others, countries seriously tackled key questions on emissions plans, transparency, adapting to climate impacts, and the regular stocktakes on global progress. Countries also had productive dialogues about how to prepare for entry into force of the Paris Agreement, which is now expected much sooner than many had thought.

“Just six months since the Paris Agreement was adopted, there is a widespread sense that the transition to a zero-carbon world is now inevitable. From corporate shareholder meetings to country capitals, stakeholders are facing two options: either accelerate climate action or jeopardize their credibility.

“The Marrakech climate talks in November will be a shift from forging new agreements to driving action and delivering results. Meeting this bar will be no small feat. In the months ahead, countries must prepare by continuing to make quick, decisive steps that curb emissions, invest in renewables and support communities facing climate impacts.”