RELEASE: Patricia Espinosa “the Right Person at the Right Time” to Head UNFCCC 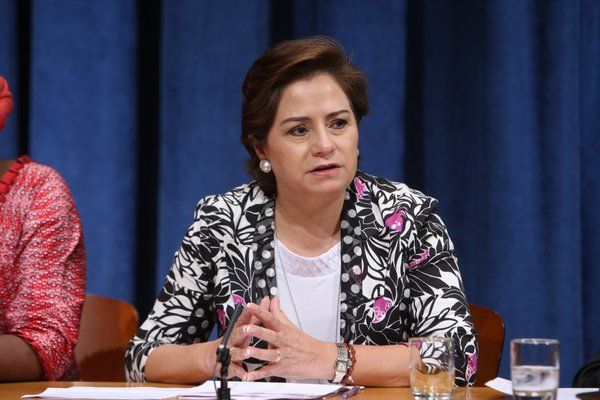 WASHINGTON (May 3, 2016)—UN Secretary-General Ban Ki-moon selected Ambassador Patricia Espinosa, a seasoned Mexican diplomat, as the new Executive Secretary of the UNFCCC. Espinosa most recently served as Mexico's ambassador to Germany and previously chaired the Cancun climate summit (COP16) while serving as Mexico’s Secretary of Foreign Affairs under former President Felipe Calderón. She follows Christiana Figueres, who successfully led the UN process around the Paris Agreement.

“Patricia is precisely the right person at the right time for this job. Those of us who worked closely with her during the Cancun climate conference were hugely impressed by her savvy, diplomatic skills, grit and determination, which were crucial to getting the negotiations back on track and opening the way for success in Paris last year. The journey ahead will require an ample supply of commitment, ingenuity, purposefulness and a deft human touch, attributes she has often displayed in her many diplomatic roles.

“Patricia will build upon the impressive legacy of Christiana Figueres, whose passion and deep reserves of optimism were vital to bring the global community together around the landmark Paris Agreement. As Christiana hands over to Patricia, the UNFCCC continues to have A-team leadership.

“Patricia’s leadership comes at a pivotal moment. The coming months will be critical to ensure rapid implementation of climate plans, setting the groundwork for even more ambition and an accelerated transition to a net zero-carbon economy and climate resilient future.”