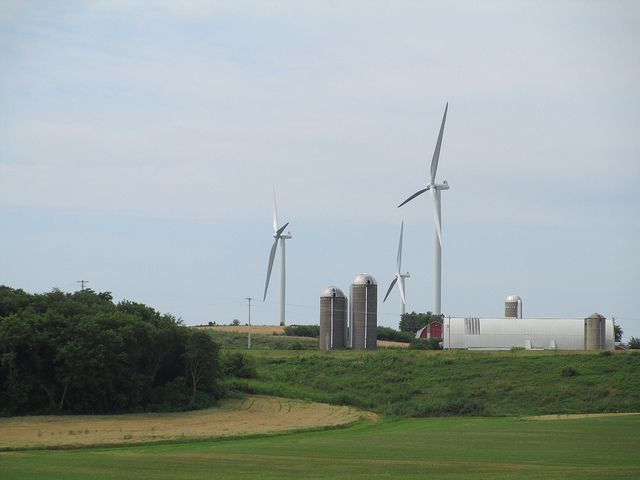 WASHINGTON (MAY 11, 2016)– New analysis from World Resources Institute shows that Wisconsin is in a strong position to meet or exceed its emissions target under EPA’s Clean Power Plan to reduce emissions from the power sector. WRI finds that Wisconsin can build on existing energy efficiency and renewable energy investments to reduce its emissions and realize more economic benefits for its residents. However, by weakening its existing programs and declining to increase existing targets, the state will hamper progress and ultimately make complying with the Clean Power Plan more costly.

Under the Clean Power Plan, Wisconsin must reduce its power sector emissions by 34 percent below 2012 levels by 2030. WRI analysis finds that achieving Wisconsin’s current targets to improve energy efficiency and increase renewable energy, in addition to making more efficient use of existing power plants, can allow the state to achieve 63% of its mass-based Clean Power Plan target.

Wisconsin spent about $800 million on out-of-state coal between 2008 and 2013. The state could reduce that amount by expanding in-state low-carbon power options, including more renewable energy. By increasing the renewable energy standard from 10% of electricity in 2025 to 25%, Wisconsin could generate more than $2 billion in capital investment, over $600 million in lease payments to local landowners, and 2,500 new jobs.

“The measures Wisconsin can take to cut power sector emissions—like implementing energy efficiency programs and increasing use of renewable energy—make good economic sense for Wisconsin regardless of the outcome from judicial review of the Clean Power Plan,” said Sam Adams, director, U.S. Climate Initiative, WRI. “Wisconsin has a clear path to meet its Clean Power Plan goals. The states’ energy efficiency and renewable energy policies are successfully paying dividends for residents and the environment. Cuts to current energy programs and failing to increase targets after they’ve been achieved will really limit the benefits the state can realize.”

The new analysis is the latest installment in WRI’s series, How States Can Meet Their Clean Power Plan Targets. The series examines how selected states can meet, or even exceed, their emissions standards under the CPP while minimizing compliance costs, ensuring reliability and harnessing economic opportunities in clean energy.