Home > STATEMENT: As Climate Negotiations Wrap Up in Bonn, We Need “an All-Out Sprint” to Paris

STATEMENT: As Climate Negotiations Wrap Up in Bonn, We Need “an All-Out Sprint” to Paris 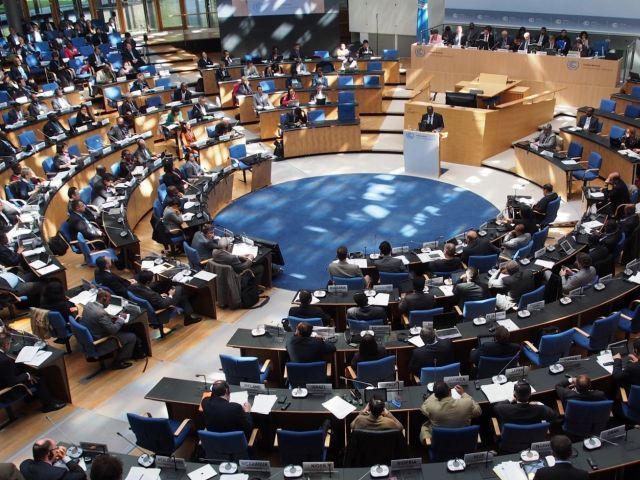 BONN, GERMANY//WASHINGTON— The latest round of climate negotiations wrapped up today in Bonn, Germany. This is the final official round of negotiations before the international climate conference in Paris in December (COP21).

“Negotiators made some significant strides here in Bonn, but a much more vigorous pace is needed to secure a strong climate agreement in just a few weeks. We’ve been running a marathon to reach to this point. Now we need an all-out sprint to get over the finish line in Paris.

“This week, negotiators took full ownership in crafting the draft agreement which demonstrates their strong commitment to a successful outcome in Paris. This determination needs to continue at all levels to connect the dots between the negotiations and the ministerial gatherings ahead of COP 21.

“The current state of the draft agreement reflects how close countries are to reaching consensus on key topics. For example, progress was made on mitigation and transparency where negotiators are now debating the details, while on adaptation and finance more fundamental differences remain. Progress was also made to achieve a long-term goal and a robust ratchet mechanism, but the details matter and need to be included in the agreement.

“Over 150 countries have put forward national climate plans, an unprecedented achievement. Now countries need to solidify the rules and norms to maximize the impact of these plans and drive climate action for decades to come.”

For more on expectations for the negotiations, read a blog post from WRI experts: Before Paris, Bonn: What Needs to Happen at Prelude to COP21