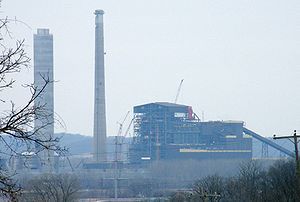 By expanding clean energy policies and using available infrastructure, the Show-Me State can reduce its emission rate 31% by 2030

WASHINGTON (December 10, 2014)— New analysis of Missouri’s power sector finds that the state can meet, and even exceed, proposed carbon pollution targets from the U.S. Environmental Protection Agency’s (EPA) Clean Power Plan. Missouri has opportunities to make significant reductions in the carbon-intensity of its power generation, which could put it on track to meet EPA’s emission rate target for the state. The analysis, conducted by the World Resources Institute, shows that by increasing utilization of the state’s existing infrastructure and implementing new clean energy strategies, Missouri can reduce its emission rate 21 percent by 2020 and 31 percent by 2030 (below 2012 levels).

“Missouri has already put policies in place to make the grid cleaner and help citizens use power more efficiently,” said Michael Obeiter, a senior associate at WRI who led the analysis. “Our analysis shows the potential for even more improvements that can save money for consumers and businesses.”

Missouri can meet about 70 percent of EPA’s emission rate target for the state between 2020 and 2030 with the following measures:

Missouri can close the gap that remains, and even exceed its proposed target, by:

Missouri has already put measures in place that will reduce the emission intensity of its power sector but the state can achieve greater reductions. A study by Ameren Missouri, the state’s largest utility, found that cost-effective energy efficiency measures could reduce electricity consumption in its service area by 14 percent in 2020 and 17 percent in 2030. The American Council for an Energy-Efficient Economy (ACEEE) estimated that implementing a suite of new efficiency initiatives, including utility programs and building codes, could reduce state electricity consumption by 17 percent and natural gas use by 13 percent in 2025 compared to business-as-usual. Together, these measures would save Missouri’s consumers $6.1 billion in lower energy bills and have the potential to create over 8,500 new jobs.