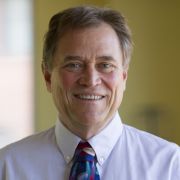 WASHINGTON (OCTOBER 1, 2014)— World Resources Institute welcomes Lawrence MacDonald as its new Vice President for Communications, based in Washington, D.C. MacDonald will be a member of WRI’s executive team, responsible for directing global communications and outreach strategies and supervising its communications staff. MacDonald will also provide critical input on the Institute’s overall strategic direction and management.

MacDonald joins WRI from the Center for Global Development (CGD) where he served as Vice President for Communications and Policy Outreach. During his tenure, CGD grew from a promising but little-known start-up to one of the world’s most influential think tanks working on global poverty and inequality. MacDonald worked closely with CGD President Nancy Birdsall and other colleagues in designing and implementing new approaches that earned CGD a reputation as a think-and-do-tank that punches above its weight.

Earlier in his career, MacDonald worked as a reporter and editor for 15 years for The Asian Wall Street Journal, Agence France-Presse and Asiaweek Magazine, and lived in Taiwan, Hong Kong, Beijing, Seoul, and Manila.

He also worked as senior communications officer at the World Bank where he coordinated the preparation and dissemination of research publications, created the World Bank Research web site, and was the founding editor of the highly acclaimed Policy Research Report series.

“I am honored and excited to move into this position, joining WRI’s talented management and communications teams,” said MacDonald. “WRI has a global presence and extraordinary reach, and I look forward to taking its communications to the next level. Powerful and effective engagement with our key audiences is essential for WRI to achieve the full impact of its research and projects.”

Michael Oko served as the Acting Head of Communications from January to September 2014, overseeing the Institute’s outreach strategy and public engagement, including many high-profile events and activities. Oko will continue to lead strategic communications and media engagement at WRI.

“I want to express my appreciation to Michael and the entire communications team who have expertly managed our communications over the past several months,” said Steer. “We are consistently expanding our reach, and I look forward to working with the full team to advance our influence and impact in the next phase of WRI’s global growth.”