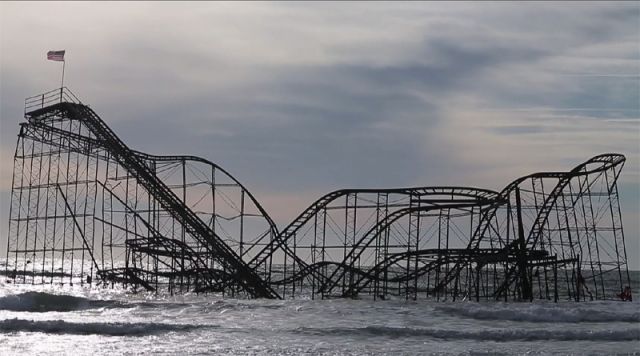 WASHINGTON (June 24, 2014)—An important new report, Risky Business: A Climate Risk Assessment for the United States, is being released today by Next Generation, with oversight from former Mayor of New York City Michael Bloomberg, former Secretary of Treasury Hank Paulson, and entrepreneur Tom Steyer. The report is the most comprehensive valuation of financial risks the United States faces from climate change.

“If you’re a business leader, this report is the must read of the summer. Risky Business makes it crystal clear that America’s businesses and communities face serious economic threats from the mounting impacts of climate change. The report gives businesses the actionable data they need to manage risks from rising seas and extreme weather that are already taking a toll.

“Whether you’re a farmer in the Ohio or a real estate developer in Florida, failure to address climate change poses a major risk to your bottom line. According to the report, without action, coastal storms in the east and Gulf of Mexico could increase in cost between $2.5 to 3 billion annually; crops yields in the Midwest and South could decrease by at least 10 percent over the next 5 to 25 years ; and labor productivity of outdoor workers could decrease by as much as 3 percent.

“The co-chairs of this report bring a remarkable wealth of business experience and public service to the table – representing a range of political views. They’ve had considerable financial success and bring direct knowledge of financial risks.

“Risky Business represents an important addition to our understanding of the financial costs of climate change. Later this year, the New Climate Economy report will provide further insight into the economic costs and benefits of climate action from a global perspective.

“With the mounting evidence of the connection between economic growth and climate risk, leaders should start making better choices that can put the United States and the world on a pathway to a stronger and more stable future.

WRI is the Lead Partner on the New Climate Economy report, which is being released by the Global Commission on the Economy and Climate in September 2014. For more information, visit newclimateeconomy.net

WRI has no direct connection with the Risky Business report.