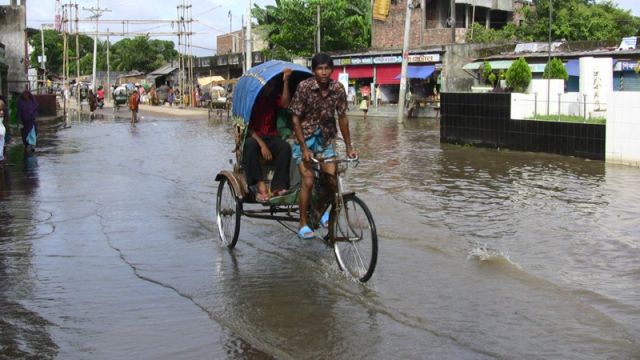 WASHINGTON—The Intergovernmental Panel on Climate Change (IPCC) released the Working Group II (WGII) portion of its Fifth Assessment Report on climate change. The report focuses on the current and future impacts of climate change and outlines the benefits of reducing emissions and options regarding climate adaptation. Representing the most comprehensive assessment of climate science to date, the IPCC Fifth Assessment Report is the product of more than 800 authors from around the world.

“Climate change is not some distant threat, it’s happening now and being felt everywhere. The warning signals went off long ago, and we are now suffering the consequences of our inaction.

“Around the globe, we’re seeing how climate change is driving increased water risks, massive wildfires, and rising seas. Unless we change direction, climate change will significantly reduce water resources, especially in subtropical regions. It will exacerbate health problems, including through heat waves and disease. It will destroy forests that are important for economic activity, biodiversity, and carbon storage. And it will decimate crops and interrupt food supplies necessary to feed the world’s growing population.

“Climate change has already delivered severe economic damage and things will only get worse without more action. The report makes it clear that deep and rapid cuts in emissions can greatly reduce the costs of these impacts. Taking action now will undoubtedly be less expensive than waiting.

“Governments have a responsibility to protect people and businesses from climate hazards by increasing resilience. But, we also need to make significant emissions reductions to get on a safer path.

“We are seeing signs of renewed momentum to address climate change and this should mount in the coming months. In September, the UN’s summit on climate change in New York will bring together world leaders to commit to specific actions to shift to a low-carbon pathway. The UN summit and the COP in Lima should raise ambition leading up to a new universal climate agreement in Paris in 2015.

“The choice is clear: We can wait and face a more dangerous and uncertain future, or we can embrace a more secure and prosperous direction.”