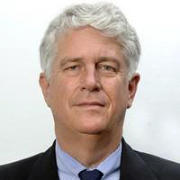 WASHINGTON—The World Resources Institute announced that Caio Koch-Weser, Vice Chairman, Deutsche Bank Group, has joined its Board of Directors. He will also serve on the Brazil and China Advisory Groups of WRI.

“Caio Koch-Weser is a highly respected thought leader who understands how to strengthen the alignment of the finance and business sectors toward sustainable economic growth,” said Dr. Andrew Steer, President and CEO, World Resources Institute. “Caio’s global perspective and deep experience in China and Brazil will bolster the WRI’s effectiveness in emerging economies, and we look forward to working together in addressing the urgent issues facing the planet.”

Koch-Weser is a Non-Executive Director of BG Group plc in the UK and Chairman of the European Climate Foundation in Brussels, which has been very influential in supporting Europe’s transition to a low-carbon economy.

“This is a critical moment for Europe and the world to address the growing risks of climate change,” Koch-Weser said. “I am excited to join WRI’s Board. The institute has an excellent reputation for bringing together leading individuals in the area of resources and energy in order to deliver timely analysis that can help the world move to a low-carbon economy while still enjoying robust economic growth.”

Koch-Weser was German Deputy Minister of Finance from 1999 to 2005. From 1973 until 1999, he served at the World Bank in a number of high-level positions including as Managing Director Operations and Member of the Executive Committee. In addition to the roles mentioned above, he currently is a Trustee and Member of the Executive Committee of the Peterson Institute for International Economics in Washington, a Member of the Board of the Centre for European Reform in London, and Adjunct Professor at the Guanghua School of Management at Beida University in Beijing.

“I am truly delighted to welcome Mr. Koch-Weser to our Board,” said Jim Harmon, Chairman of WRI’s Board of Directors. “Mr. Koch-Weser brings a deep understanding of the financial issues that we need to address to achieve low-carbon growth. His ideas and leadership can have a strong influence on WRI’s direction, especially in emerging economies on the frontlines of sustainability.”

Koch-Weser joins Secretary General Reneé Jones-Bos of the Dutch Foreign Ministry as a recent addition to WRI’s Board of Directors. A complete list of WRI’s Board directors is available here.