Home > STATEMENT: WRI Response to the 2014 State of the Union Address

STATEMENT: WRI Response to the 2014 State of the Union Address 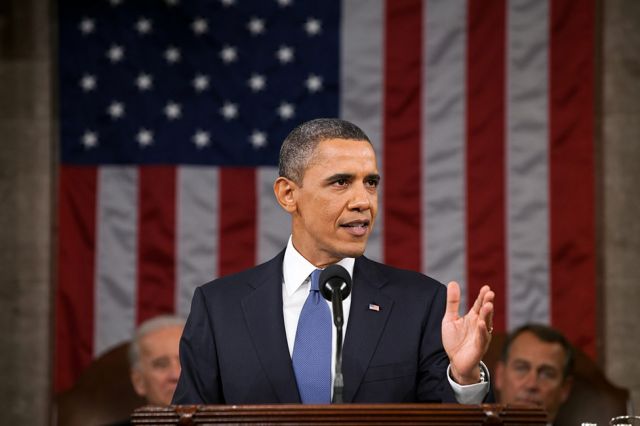 In his State of the Union address, President Obama presented his priorities for 2014, including the next steps to implement the Climate Action Plan.

Tonight, President Obama said that he would direct his administration to enact new emissions standards on existing power plants. He called for greater urgency to tackle climate change and asserted: "The debate is settled. Climate change is a fact."

“2014 is a pivotal year when it comes to climate action. In his annual address, President Obama made it clear that his administration is ready to get down to business on climate change.

“We’re already seeing what climate change looks like: massive floods in Colorado, droughts in California, and rising sea levels in Florida and Virginia. These impacts are hurting the economy—businesses and communities alike. But, a growing body of evidence demonstrates that taking action on climate change can reduce these threats and create new economic opportunities.

“A top priority should be cutting emissions from existing power plants. Simply put, it’s time to put a limit on greenhouse gas emissions just as we do other harmful air pollutants. EPA is headed toward a critical deadline on June 1, and it should set emissions standards that are both flexible and ambitious.

“Contrary to what some critics say, these standards can drive innovation and spur new technologies. It’s clear that we need to update our aging power system. The average coal plant in the U.S. is almost 40 years old, and more than a third are ready for retirement. Further, WRI’s research finds that many states are already well-positioned to meet future emissions standards through existing authority and cost-effective measures.

“Congress can be a partner in these efforts, but President Obama has made it clear that he’s going to act with or without support from Capitol Hill. The proposed actions by the administration can be beneficial to the long-term health of the economy.

“Climate change knows no political boundaries. That’s why mayors from all political stripes are taking action to protect their local communities from emerging climate risks. Mayors are pushing past the typical partisan barriers to do what’s right for their constituents.

“U.S. leadership on climate can also help drive global momentum in the lead up to a strong, universal climate agreement in Paris in 2015. By setting a high bar at home, the U.S. can achieve its international commitment to reduce emissions by 17% below 2005 levels by 2020. These actions would build trust in the international community and lay the foundation for more ambitious climate targets beyond 2020.

“Tonight, President Obama presented a vision of a nation built upon innovation and economic achievement. Moving toward a low-carbon, clean energy economy can be part of this vision. This is not only possible, it is imperative. President Obama’s legacy and the future prosperity of the country depend on it.”