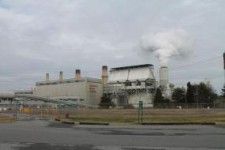 Editor’s Note: Experts are available in North Carolina and Washington, D.C. to discuss this analysis.

New analysis of North Carolina’s power sector shows that the state is well positioned to meet – and potentially exceed – national carbon pollution standards that the U.S. Environmental Protection Agency (EPA) is expected to unveil in the coming years. The analysis, conducted by experts at the World Resources Institute, shows the state has already made considerable progress in reducing emissions and building a strong clean energy sector.

The analysis finds that North Carolina can achieve a 29 percent emissions reduction by 2020 (below 2011 emissions levels) through a combination of existing state policies and improved use of existing infrastructure.

“Our analysis shows North Carolina already has the momentum it needs to meet the upcoming standards and to transition to a low-carbon future. State-level policies have laid a solid foundation that creates new economic opportunities while further reducing the emissions driving climate change and endangering public health,” said Michael Obeiter, a senior associate at WRI, who led the analysis.

As a follow-up to the Climate Action Plan that President Obama unveiled in June, the EPA is drafting new emissions standards for existing power plans. WRI’s analysis shows that existing state efficiency and renewable energy goals can position the Tar Heel state to reduce carbon pollution in line with potentially stringent new standards.

Following are ways North Carolina can help achieve these reductions.

In fact, the analysis suggests that strengthening the REPS (including creating an energy-efficiency set-aside), along with increasing CHP capacity, could propel North Carolina to surpass the federal limitations and lower emissions by 69 percent below 2011 levels by 2030.

Solar energy is growing rapidly in North Carolina, in part due to favorable state incentives. Preliminary data show the state had 80 MW of installed capacity as of 2012, with over 100 MW of additional capacity proposed to come online in 2013.

“Policies that are both cost effective and flexible can help North Carolina and other forward-looking states achieve significant emissions reductions. Our analysis finds that North Carolina can contribute significantly toward the U.S. goal of reducing harmful pollution that is driving climate change,” said Obeiter.