STATEMENT: U.S.-China Agreement on HFCs a "Breakthrough" on Climate Change 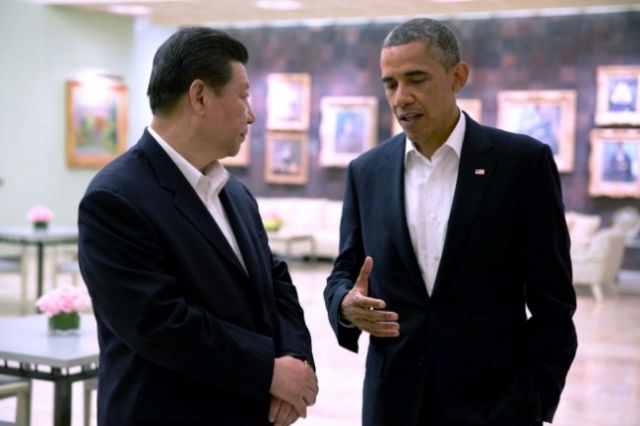 During the U.S.-China informal summit this weekend, President Obama and President Xi agreed to advance cooperation on climate change by reducing emissions of hydrofluorocarbons (HFCs), a potent greenhouse gas. According to the announcement, the countries will work under the Montreal Protocol to phase down the consumption and production of HFCs, which are commonly found in refrigerators and air conditioning. According to the White House, a global phase down of HFCs could potentially reduce 90 gigatons of CO2 equivalent by 2050, equal to roughly two years worth of current global greenhouse gas emissions.

“The agreement between President Obama and President Xi to work together to address HFCs is a significant breakthrough. Joint action on HFCs can reduce one of the world’s most potent greenhouse gases, and it reveals a new level of cooperation between these countries on climate change.

“Climate change is an issue that demands the attention of heads of state. Serious engagement on this issue by these two presidents puts climate change back on the top shelf, where it belongs. Hopefully, this will inspire other leaders to engage.

“This announcement should provide a major boost for countries seeking to make progress on the Montreal Protocol, as well as for negotiators in Bonn, Germany, working on the details of an international climate agreement by 2015. A recent proposal found that reducing HFCs under the Montreal Protocol could cut global emissions by 16.5 billion metric tons of CO2 equivalent through 2030. That's roughly equivalent to the entire annual carbon dioxide emissions from fossil fuel combustion of the U.S., China, and India combined.

“Recent analysis by WRI finds that reducing HFCs can be one of four main steps in national climate plan that would enable the U.S. to reach its goal of reducing emissions by 17 percent by 2020 (compared to 2005 levels). HFCs represent nearly one-quarter of the emissions to achieve the country’s goal. That's the second biggest opportunity behind reducing carbon dioxide emissions from power plants.

“We look forward to hearing what steps the U.S. Administration will take to reduce HFCs, as well as to move forward in other areas, including: reducing carbon emissions from power plants and methane leakage from natural gas systems, and increasing energy efficiency.

“While progress is being made internationally, the U.S. EPA can address these emissions by limiting HFC consumption at home. It can do so using the Significant New Alternatives Policy (SNAP) Program, under the Clean Air Act, which encourages the use of other chemicals for which alternatives already exist.

“Meanwhile, this is an extremely welcome announcement. It should inspire greater action by other countries. It’s just the kind of national leadership we need to respond to the climate crisis.”