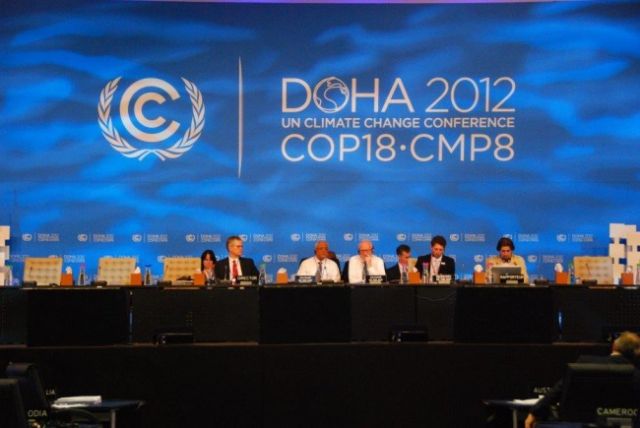 The World Resources Institute (WRI) announced today that David Waskow has joined the institute to lead its International Climate Initiative, within the Climate and Energy Program. Waskow will oversee the Institute’s work to advance ambitious national actions to reduce emissions and prepare for the impacts of climate change. This includes working toward a strong, equitable, and effective global climate agreement within the UN Framework Convention on Climate Change. Waskow will also lead WRI’s efforts to enhance international cooperation and catalyze national policies toward low-carbon pathways and increased climate resilience.

“David brings a breadth of knowledge and experience that will be extremely valuable in advancing international climate action,” said Jennifer Morgan, Director, Climate and Energy Program, World Resources Institute. “The next few years are a critical window to raise global ambition and cooperation on climate change. David’s insights and leadership will be a boon to our efforts to advance solutions that the world needs.”

Among these efforts is the Climate Justice Dialogue, a partnership led by WRI and the Mary Robinson Foundation – Climate Justice, which provides a forum to discuss equity and develop ideas on how to operationalize climate actions in a way that safeguards environmental integrity, protects the most vulnerable populations, and creates the basis for greater cooperation among countries.

Waskow joins WRI from Oxfam America, where as the program director for climate change he worked to advance strategies to drive investment and capacity of poor and vulnerable communities to respond to a changing climate. He also directed policy work focusing on how emissions can be reduced in equitable ways and how to build resilience to climate impacts.

Prior to Oxfam, Waskow served as the international program director for Friends of the Earth, where he initiated their work on the impacts of climate change on global poverty. In addition, he oversaw the organization's work on trade policy and international financial institutions.

“With global emissions on the rise and climate impacts becoming more apparent, this is an important moment to make progress on the climate crisis. Looking toward an international climate agreement by 2015, there’s much work to do,” said Waskow. “I am excited to join WRI, with its reputation as one of the most respected and influential organizations in this arena, and I look forward to working with my new colleagues to help raise ambition around international climate action.”

Waskow has testified before Congress on responses to climate change and on trade issues, and is a frequent go-to source for the media on climate finance. He has graduate degrees from the University of Chicago and the Woodrow Wilson School of Public and International Affairs at Princeton University, and an undergraduate degree from Brown University.

WRI’s Climate and Energy Program is comprised of more than 50 staff, who are dedicated to conducting and facilitating independent, non-partisan research and analysis to advance effective domestic and international actions that reduce the threat of climate change.