Home > RELEASE: Kitty van der Heijden to Join WRI as Director for Europe, Based in Brussels

RELEASE: Kitty van der Heijden to Join WRI as Director for Europe, Based in Brussels 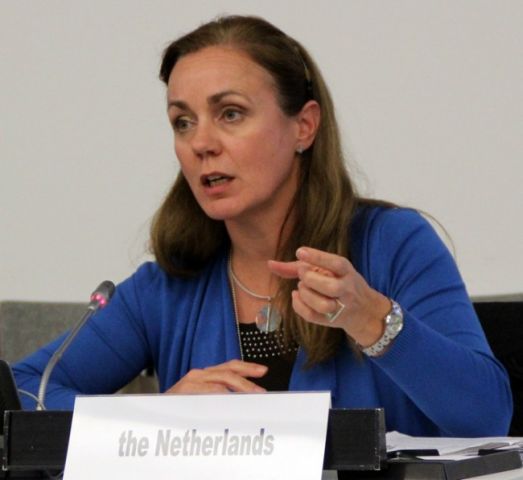 “As we look to tackle global issues, our European partners are essential in making progress on the biggest sustainability challenges of the day. We are excited to welcome Kitty, who is an experienced international diplomat, highly respected in European circles, and who understands the European context,” Dr. Andrew Steer, WRI’s president and CEO said. “Kitty’s expertise and influence will enable us to work more deeply with our strategic partners in Europe, while making progress on the most critical issues facing people and the planet.”

Van der Heijden has 25 years of experience working in sustainable development. Since 2010, van der Heijden has served as the Director of the Department of Climate, Environment, Energy and Water (DME) at the Dutch Ministry of Foreign Affairs (MFA) and as the Sustainable Development Ambassador, including representing the Netherlands at the Rio+20 Summit in 2012. She was recently named one of the Top 3 “best civil servants in the Netherlands.”

Van der Heijden has also served as the Head of the Office of the UN Resident Coordinator and Senior Advisor on UN Reform in Vietnam (2006-2009) and as the Deputy Head of the Economic Department at the Permanent Mission of the Netherlands to the UN in New York (2001-2005).

“We are at a critical juncture for the planet, with mounting pressure on the environment and natural resources,” said van der Heijden. “To help reduce poverty and grow our economies, we need to ensure that development strategies are consistent with protecting the planet. WRI is one of the most respected international institutions working on these issues and I am thrilled to join them to create a more equitable and prosperous world for us all.”

Van der Heijden’s role will include working on the international climate regime, the post-2015 development agenda, the role of the private sector in development, global indicators on resource productivity and efficiency, and inequality.

WRI already has offices in Brazil, China, and India, and a presence in more than 30 countries. WRI is known for its independent, evidence-based research and global impact on today’s pressing sustainability and human development issues.