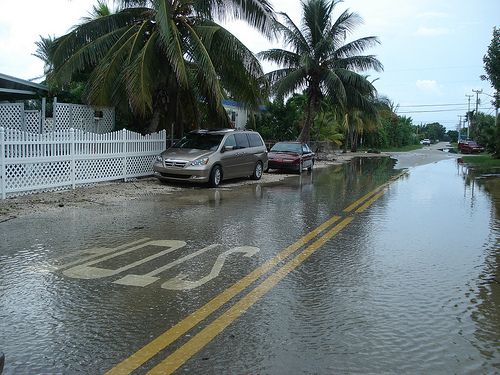 The U.S. Global Change Research Program is hosting a town hall this week to inform communities about the draft National Climate Assessment (NCA) report, along with local and regional efforts to respond to the impacts of climate change. The Southeast Regional Town Hall is part of the roll out of the NCA and will take place in Tampa, Florida, on February 19, 2013.

Florida faces extensive threats from climate change. According to the draft NCA, the challenges include:

“With its flat landscape and porous foundation, Florida is one of the most vulnerable places to sea-level rise in the world. The draft National Climate Assessment report adds to a growing body of scientific evidence that climate change is occurring and is already causing adverse impacts. The report underscores that the climate crisis will continue to build unless action is taken by the U.S. government to address climate change. State and national officials should be doing more to reduce the greenhouse gases that cause climate change and plan how to respond to its impacts. Doing so will benefit people and the economy in Florida and across the nation.”

Find out more about sea-level rise impacts on Florida in WRI’s fact sheet.