RELEASE: WRI Welcomes Dr. Dino Patti Djalal, Indonesian Ambassador to the U.S., to Board of Directors 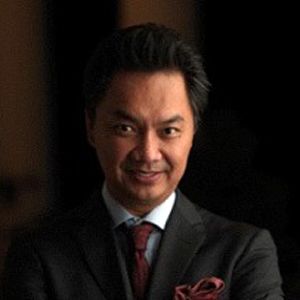 The World Resources Institute announced today that Dr. Dino Patti Djalal, Ambassador of the Republic of Indonesia to the United States, has joined its Board of Directors.

“We are thrilled to welcome Dino to our Board and to benefit from his extraordinary ability to understand, communicate, and influence,” said Dr. Andrew Steer, President and CEO of the World Resources Institute. “Indonesia is a hugely important country for the future. It is both one of the richest countries in natural capital and one of the most important countries in demonstrating how natural capital can be sustained.”

Dr. Djalal is known for his distinguished career in Indonesian public service, and is a prominent civil society leader, public thinker, academic, and author. His intellectual leadership and innovative diplomacy have been credited with advancing Indonesia’s global reputation as a progressive, influential, and dynamic nation.

“I am honored to join the Board of Directors of WRI,” said Dr. Djalal. “The Institute has been at the forefront of international efforts to promote sustainable development and sustainable forestry – issues that are critical to developing countries like Indonesia. WRI is known not only for its rich intellectual resources, but also for its policy contribution, superb network, and can-do spirit that make it an exceptional think tank.”

Dr. Djalal is known for his strong commitment to environment and development issues. He was instrumental in establishing Forest Eleven (F-11), a group of tropical rainforest countries working to reduce forest cover loss, rehabilitate degraded land, and encourage sustainable forest management. Dr. Djalal has promoted the discussion of climate change through his initiatives the Innovative Leaders Forum and Generation-21.

Prior to his role as ambassador, Dr. Djalal served as Special Staff for International Affairs and Presidential Spokesperson for President Susilo Bambang Yudhoyono. He joined the department of Foreign Affairs of Indonesia in 1987 and has been posted to Timor Leste, London, and Washington D.C. as Director for North American Affairs. He has led initiatives such as the U.S. - Indonesia Security Dialogue, the Global Inter-Media Dialogue, and the Presidential Visitor’s Program. He is also the author of several best-selling books, including Harus Bisa!, which has had 1.7 million copies printed.