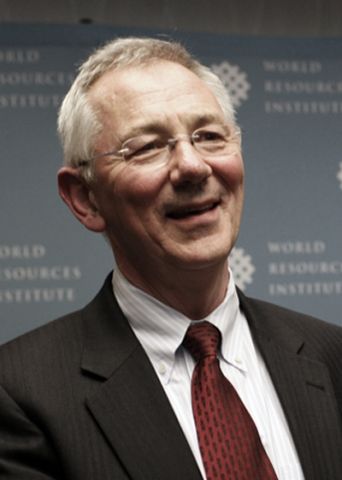 Today, WRI welcomes its new president Dr. Andrew Steer. Steer is a visionary and dynamic leader who brings a wealth of international experience to the Institute. He becomes just the third president in WRI’s 30-year history.

On taking the helm of WRI, Steer said: “Never has it been more important to understand the links between resources – water, soil, atmosphere, climate, biodiversity, energy, minerals – and human activity. And never has it been more imperative that economic decisions fully reflect the true value of these resources. It is only by so doing that we will succeed in eliminating poverty and enhancing lives and livelihoods permanently.”

Most recently, Steer was the Special Envoy for Climate Change at the World Bank, where he helped guide the Bank’s climate change activities in over 130 countries. He also served on UN Secretary-General Ban Ki-moon’s High Level Group on Sustainable Energy for All and on the B20 Board on Green Growth (the private sector wing of the G20).

Steer joins WRI at a time of rapid growth for the organization. Over the past several years, WRI has expanded its global reach and is now working in 50 countries, including China, India, and Brazil. Since 2008, WRI’s staff has grown from 160 to 225 people and its operations have expanded from $26 million to $45 million.

James A. Harmon, WRI’s Chairman of the Board, said, “Andrew is a dynamic and gifted leader, with a deep knowledge of sustainability issues and on-the-ground experience in the world’s most rapidly developing economies. As these issues become more urgent, Andrew is ideally suited to lead WRI in achieving its mission.”

Steer is a energetic leader, who brings with experience working in Indonesia, Vietnam and other countries. From 2007 to 2010, he was Director General for Policy and Research at the UK’s Department for International Development (DFID). Steer has a PhD in Economics, and has taught and lectured at several universities.

Watch a video of Steer talking about sustainability and his vision for WRI.