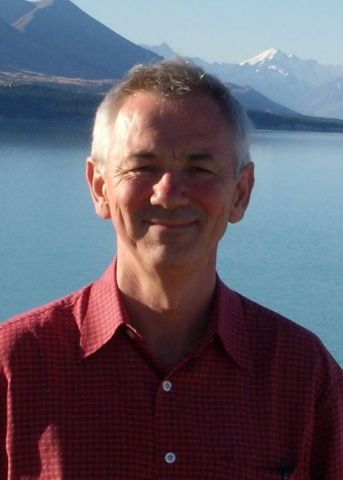 The World Resources Institute today named Dr. Andrew D. Steer as its next president. Steer is a highly-recognized leader in economics and environmental issues, who brings a breadth of international expertise to the Institute. Steer will take the helm of WRI, as it celebrates its 30th anniversary of developing solutions to the world’s most urgent environmental and human development challenges.

“Andrew is a dynamic and gifted leader, with a deep knowledge of sustainability issues and on-the-ground experience in the world’s most rapidly developing economies. As these issues become more urgent, Andrew is ideally suited to lead WRI in achieving its mission,” said James A. Harmon, Chairman of WRI’s Board of Directors. “A passionate and eloquent communicator, Andrew will champion the organization’s evidence-based and results-focused approach to build a healthier and more sustainable planet.”

Dr. Steer is currently serving as the Special Envoy for Climate Change at the World Bank, where he helps guide the Bank Group’s climate change activities in over 130 countries. He co-chairs the Strategic Climate Fund and leads the Bank Group efforts with international negotiators and in promoting pro-development solutions to climate change. Steer also serves on UN Secretary-General Ban Ki-moon’s High Level Group on Sustainable Energy for All and on the B20 Board on Green Growth (the private sector wing of the G20).

“I am deeply honored and delighted to be stepping into this role for such an extraordinary organization, with its history of innovative and transformative solutions to environmental and development challenges,” said Steer. “In the coming decade, we will face unparalleled challenges and opportunities, and WRI, with its global focus and high-quality analysis, is ideally equipped to find solutions. I look forward to leading the organization into the next stage of its remarkable history.”

WRI is a global, independent think tank that goes beyond research to put ideas into action, working with governments, companies, and civil society to build solutions to urgent environmental and human development challenges.

Steer arrives at WRI at a key moment in its evolution. In recent years, the organization has been expanding its global presence. WRI has been deepening its engagement in China and India, and is active in 40 additional countries in Africa, Asia and Latin America. Since 2008, WRI’s staff has grown from 160 to 225 people and its operations have expanded from $26 million to $45 million.

“This appointment is great news for WRI and for all who care about environment and development issues,” said Robert B. Zoellick, President of the World Bank Group. "WRI has a distinguished record at the key intersection between development and the natural environment, and I am confident that under Andrew’s able leadership its future impact will be even stronger. Andrew brings deep technical, policy, and political experience in the field of sustainable development. He played a superb role as Special Envoy and helped make the World Bank part of the solution to climate change.”

Steer has held leadership roles at the World Bank and the UK government, including Director of the Bank’s Environment Department, and Bank Country Director for Indonesia and Vietnam. From 2007 to 2010, he was Director General for Policy and Research at the UK’s Department for International Development (DFID). Steer has a PhD in Economics, and has taught and lectured at several universities.

James Harmon also reflected on the passion and dedication of Manish Bapna, WRI’s managing director, who has served as the organization’s acting president since July 2011.

“As acting president, Manish not only helped to sustain WRI; he made it stronger,” said Harmon. “He helped advance the organization’s program goals and enhanced its financial stability, including expanding our engagement in China, India and Brazil.”

Steer will begin his tenure as WRI’s president in August 2012. Until then, Bapna will continue to serve as the acting president.

Read an article in the New York Times on the announcement, here.