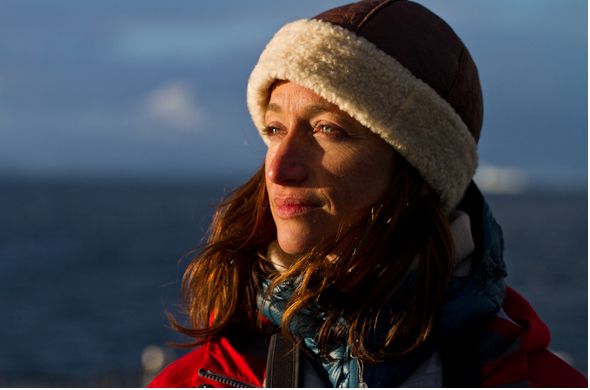 The winners of the Ocean Inspiration “Ocean Advocate” awards were announced today in the lead-up to a celebration event honoring the life and legacy of Jacques-Yves Cousteau. The event will take place at the Sea Grill, at Rockefeller Plaza, in New York City, on Wednesday, May 18, at 6:30 p.m.

Céline Cousteau, granddaughter of Jacques and host of the event, said, “These are ocean advocates who share a passion for underwater life-- the beauty, wonder and awe it provides. Like my grandfather, these award winners all understand that we can use our voice, creativity and talents to inspire others. They understand that the choices we make have an impact on our planet and our future. These deserving individuals are carrying out the legacy of my grandfather and his lasting impact on our oceans today.”

Ocean Inspiration through Adventure: Roz Savage (https://www.rozsavage.com)
Roz Savage is a British ocean rower, author, motivational speaker and environmental campaigner. She has bravely rowed solo across the Atlantic Ocean, became the first woman to row solo across the Pacific and is now making her way across the Indian Ocean, sharing her explorations with the world one stroke at a time.

Ocean Inspiration through Art: Halsey Burgund (https://www.oceanvoices.org)
Halsey Burgund is a sound artist from Boston who describes the world through the music of the human voice. Most recently he created Ocean Voices, a tribute to Jacques Cousteau's global inspiration and the many ocean movements it has inspired, which weaves together voices from around the world responding to questions about the ocean and their connection to it.

Ocean Inspiration through Vision: David Guggenheim (https://oceandoctor.org)
David E. Guggenheim, also known as the “Ocean Doctor,” is a marine scientist, conservation policy specialist, submarine pilot and ocean explorer. He played a leading role in building the recently-formed Gulf of Mexico Alliance, and is currently leading a major project to elevate collaboration in marine science and conservation among Cuba, Mexico and the United States.

Ocean Inspiration in the Face of Crisis: Jerry Moran (https://www.NativeOrleanian.com)
Jerry Moran's first love is and always has been the culture and heritage of New Orleans, especially its musicians. He uses photography as way to capture the essence of moments and emotions as experienced only through the eyes of a native New Orleans, and when catastrophe struck his home town in the form of hurricanes and oil spills, Jerry shared his love with the world through his images depicting hope, heroism and destruction.

100-second Video Contest Winners:
Jim Toomey, cartoonist and creator of Sherman’s Lagoon, which is published in more than 150 outlets across North America.

333 Productions, an award-winning film production specializing in underwater filmmaking and videography. 333 has produced two highly-praised short films: "Death of a Deity" and “A Lateral Line.”