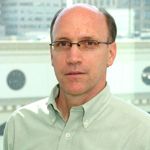 The World Resources Institute (WRI) announced today that Dr. Kevin Kennedy will lead its U.S. Climate Initiative, within the Climate and Energy Program, starting in April 2011.

Kennedy joins WRI from the California Air Resources Board (CARB), where he served as Assistant Executive Officer in charge of the Office of Climate Change, overseeing planning and policy elements in the implementation of the California Global Warming Solutions Act of 2006 (AB 32).

Jennifer Morgan, WRI’s Climate and Energy Program director, said, “Kevin’s practical experience in developing the country’s first state-wide policy to reduce greenhouse gas emissions will be an asset in finding realistic solutions to America’s climate and energy challenges. As the United States continues to develop its approach to clean energy and climate change, we’re excited to have him lead our U.S. team.”

He also served as the program manager for the 2005 Integrated Energy Policy Report proceeding, which culminated in the commission’s adopting the final report, and provided a comprehensive review of California's energy situation and recommendations for energy-related policies.

“I am delighted to join WRI’s climate team, where I can apply my experiences from the California Air Resources Board to help develop clean energy policies on the national stage. I’ll miss ARB, but know that I’m leaving behind a strong team, who will continue the implementation of California’s program. I am looking forward to new opportunities and challenges as I head to Washington,” said Kennedy.

Kennedy holds a Ph.D. from the Energy and Resources Group at University of California, Berkeley, and has more than 20 years experience in energy and environmental policy.

WRI’s Climate and Energy Program has recently grown to more than 50 people, who use independent, non-partisan policy research and analysis to advance effective international and U.S. actions on energy and climate change.