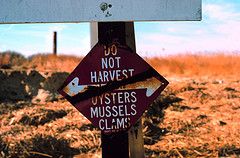 New research by the World Resources Institute (WRI) and the Virginia Institute of Marine Science (VIMS) identifies more than 530 low-oxygen “dead zones” and an additional 228 sites worldwide exhibiting signs of marine “eutrophication.” Eutrophication occurs when water bodies are over-fertilized by nutrients that are washed into surface waters from farms and urban areas.

Analysts at WRI and VIMS have compiled the information into a web-based “one-stop shop” that provides a global database and interactive map of affected areas, as well as links to articles, photos, and other resources. The website—“Eutrophication and Hypoxia: Nutrient Pollution in Coastal Waters”— is at www.wri.org/eutrophication.

“Until now, a lack of information and monitoring has been a major impediment to understanding the extent and impacts of ‘dead zones’ and eutrophication in coastal ecosystems,” said Mindy Selman, senior water quality analyst at WRI. “This website is an important step forward because it compiles the current information into a central location to raise awareness and offer solutions for controlling nutrient pollution.”

An important feature of the site is a comments section to solicit feedback from visitors, who will be encouraged to provide updates to the maps and databases drawing on their knowledge of local conditions.

The 530 areas and 228 sites together encompass more than 95,000 square miles, about the size of New Zealand. The largest dead zone in the United States, at the mouth of the Mississippi, covers more than 8,500 square miles, roughly the size of New Jersey. A large dead zone also underlies much of the main-stem of Chesapeake Bay, occupying about 40 percent of the Bay’s area and up to five percent of its volume each summer.

Professor Bob Diaz, who led the compilation of data at VIMS, said: “Over the last 50 years, problems related to over-fertilization of the sea and low dissolved oxygen have expanded to the point where large areas devoid of fish, shrimp, and crabs are common occurrences. These dead zones, or oxygen deserts, are very damaging to the environment and also to people that rely on the sea for their livelihood.”

Eutrophication and hypoxia— a scientific term for low-oxygen dead zones-- often go hand-in-hand, as excessive nutrients fuel blooms of algae that, when they die and sink, provide a rich food source for bacteria. The bacteria, in turn, consume dissolved oxygen from surrounding waters, creating dead zones where fish cannot survive. Other impacts of eutrophication include damage to coral reefs, harmful algal blooms, and loss of biodiversity.

The partnership between WRI and VIMS stems from a 2007 WRI study of the main obstacles to effectively addressing eutrophication. The study concluded that a key obstacle is a lack of public awareness and understanding of the phenomenon and its impacts, causes, and extent. Eutrophication and dead zones are now a key stressor of marine ecosystems and rank with over-fishing, habitat loss, and harmful algal blooms as global environmental problems for marine life.

Diaz, who began monitoring the worldwide extent of eutrophication and dead zones in the mid-1990s, has published an ongoing list of hypoxic areas worldwide. He and WRI worked together on the new website to expand the list of dead zones as well as include coastal areas where symptoms of eutrophication (e.g., algal blooms) have been observed, but which lack the monitoring data to classify the system as hypoxic.

The World Resources Institute (WRI) is an environmental think tank whose mission is to find practical ways to protect the earth andimprove people’s lives.

Chartered in 1940, the Virginia Institute of Marine Science is now among the largest marine research and education centers in the United States. VIMS has a three-part mission to conduct interdisciplinary research in coastal ocean and estuarine science, educate students and citizens, and provide advisory service to policy makers, industry, and the public. The School of Marine Science (SMS) at VIMS is the graduate school in marine science for the College of William & Mary.