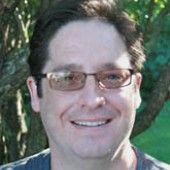 “Today’s announcement puts EPA on a reasonable course for regulating greenhouse gas emissions from large power plants and refineries. The actions set in motion are required by the Clean Air Act and are a result of the 2007 decision of the U.S. Supreme Court that concluded that greenhouse gases are a danger to public health. EPA is carrying out its mandate to protect human health and the environment.”

“According to WRI’s analysis, the power industry represents 34 percent of greenhouse gas emissions in the United States, and offers one of the best opportunities to reduce emissions at a reasonable cost. The schedule makes sense because it puts EPA to work on reducing emissions that will have important health and environmental benefits while modernizing America’s aging power sector.”

Find out more about federal actions to reduce greenhouse gas emissions, including sector by sector breakdown of emissions, here: /stories/2010/12/keeping-track-federal-agencies-actions-reduce-us-greenhouse-gas-emissions