A Comeback in Cancun: Countries Move Forward with Climate Agreement 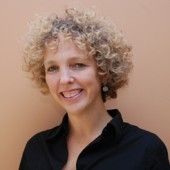 The Cancun climate talks concluded today with countries agreeing by consensus to move ahead with an international agreement on climate change.

Following is a statement from Jennifer Morgan, director of the climate and energy program at the World Resources Institute (WRI):

“Modest expectations gave way to promising results, as the Cancun climate meeting wrapped up with a new but fragile international climate agreement. Under the watchful eye and strong management of the Mexican presidency, delegates agreed to establish a platform for international climate action, while recognizing that much more needs to be done to tackle climate change.

“This agreement was a remarkable turnaround for a multilateral approach to address climate change, including commitments on emissions from all the world’s major economies.

"By consensus, countries agreed to a 'balanced package' that includes targets and actions, increased transparency, the creation of a climate fund, and other important mechanisms to support developing countries. Delegations also recognized the urgency of keeping global average temperature below 2 degrees Celsius, with the ability to strengthen the response in the coming years.

“Over the next year, countries will have to work to resolve many complex challenges. The agreement did not resolve the issue of legal form, leaving that to be determined in the future. Countries must also further develop the climate fund to ensure developing countries receive financial support through an effective and transparent mechanism to assist with adaptation, reduction of emissions from deforestation, and de-carbonization efforts.

“Ultimately, the world will need to take bolder steps to tackle the challenges of climate change. On its current pace, global temperatures will exceed 2 degrees Celsius, leaving people more vulnerable to severe droughts, melting glaciers, and rising seas, along with more extreme weather events around the world.

“Countries must build on the momentum at Cancun to deliver real change on the ground in response to the growing threat of climate change.”