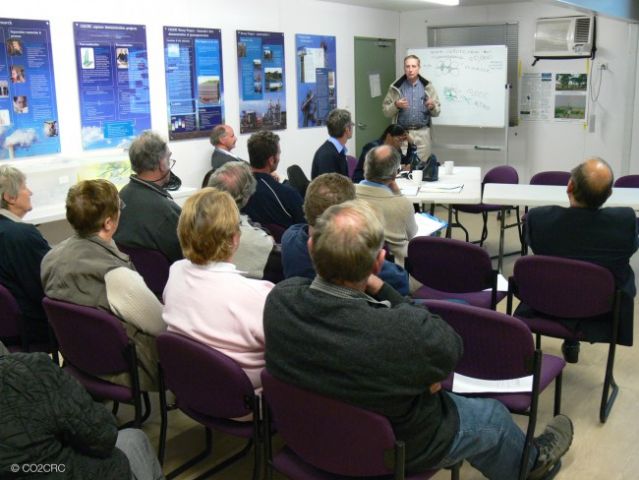 Building constructive relationships with host communities is crucial for the successful deployment of Carbon Capture and Storage (CCS), a clean energy technology that can help reduce carbon pollution, according to a new report by the World Resources Institute (WRI).

The report, CCS and Community Engagement: Guidelines for Community Engagement in Carbon Dioxide Capture, Transport and Storage Projects, outlines how project developers and operators can effectively engage local communities near a potential CCS site. The guidelines, which had input from over 90 contributors, are meant to strengthen the decision-making process so that community members, developers, and regulators are all represented during project planning and development and throughout a plant’s lifecycle.

“Local opposition stands as one of the biggest potential barriers to the successful implementation of CCS projects,” said Jonathan Lash, president of WRI. “In order for countries to move ahead with large-scale deployment of CCS around the world, greater transparency and community engagement need to be made a priority throughout the process.”

There are currently a few small-scale industrial operations capturing and storing carbon dioxide emissions around the world, but the technology has not yet been scaled to cut emissions in larger coal-fired power plants. Further testing of demonstration projects will be necessary to determine whether or not CCS is a viable solution to the climate change problem.

The report presents a series of case studies, including examples of successful and unsuccessful community engagement strategies including four places in the United States—Wallula, Washington; Matoon, Illinois; Jamestown, New York; and Carson, California. There are also international cases in Barendrecht, Netherlands; and Nirranda, Victoria Australia. The case studies confirm that the decisions on individual demonstration projects ultimately hinge on site-specific factors, including the needs of the local community.

In Matoon, Illinois, for example, trust diminished when the U.S. Department of Energy made changes to the original FutureGen project seven years after the initial announcement. According to the case study, the revised project, renamed FutureGen 2.0, would retrofit an existing power plant with CCS technology across the state in Merodisia rather than building a state-of-the-art plant and research facility in Matoon.

“While many communities across the globe have rejected CCS projects, our community of more than 50,000 people was willing to stake our future on the emerging science of CCS,” said Angela Griffin, president of Coles Together, which is based in Matoon, in a letter published in the Guidelines. “That all changed when FutureGen 2.0 was announced. The new plan enormously diminished the role our federal partners envisioned for the community.”

Griffin added, “It is evident that gaining the trust of the community through two-way information exchanges is a key ingredient to moving CCS projects forward.”

Recommendations in the report will be road-tested in real-life CCS demonstration projects, and the outcomes integrated into a more robust set of globally-applicable best practices for CCS projects. The report follows WRI’s Guidelines for Carbon Dioxide Capture, Transport and Storage, a set of technical guidelines published in 2008 for how to responsibly proceed with safe CCS projects.