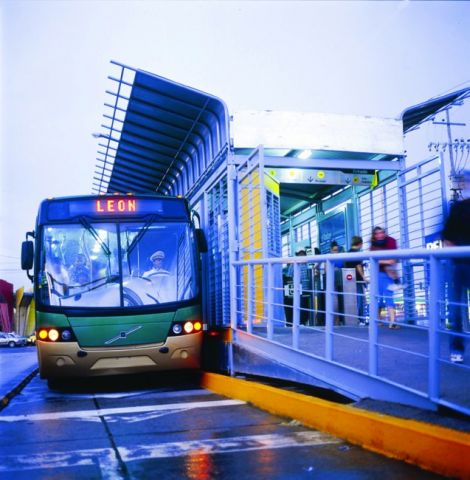 Released by EMBARQ, the World Resources Institute’s Center of Sustainable Transport, the report synthesizes the challenges faced by transport system decision-makers in three key areas: planning, implementation and operations. In order to assist urban transportation planners and agencies, the study provides recommendations for avoiding or mitigating similar difficulties when introducing bus reforms in cities in the developing world.

“Modern buses are a key component of public transportation which has a major impact on the quality of life—including the environment, air pollution and public health—for millions of people,” EMBARQ Senior Transport Engineer Dario Hidalgo said. “Increasingly, these cities are upgrading or even transforming their public transport systems to better serve the needs of their populations and the environment.”

The report finds that the transit improvements in 13 cities resulted in a variety of improved conditions. These include reductions in air pollutants, greenhouse gas emissions, noise and traffic accidents, as well as increased efficiency by bus rapid transit (BRT) corridors compared with traditional bus services. Corridors in the selected bus systems exhibit very high usage levels (up to 45,000 passengers per hour in each direction), with comparatively low capital investments (less than $12.5 million per kilometer) and small operational subsidies.

Gloria Hutt, vice minister of transportation for Chile, said: “Nobody questions the design of foundations in buildings, but everybody has something to say regarding the solutions to the difficult problems of urban mobility. Complex problems require some degree of sophistication in the analysis, and good transport engineering is key to provide the best alternatives to the decision makers."

The report looks at transportation in 13 cities and will present in-depth case studies of nine of the cities. The first two case studies—profiling Leon and Guadalajara, Mexico—will be available by the end of October. The remaining seven case studies will be published by the end of November, including Bogota and Pereira, Colombia; Curitiba, Brazil; Guayaquil and Quito, Ecuador; Mexico City, Mexico; and Santiago, Chile. The other cities covered in the report are Sao Paulo, Brazil; Beijing, China; Ahmedabad, India; and Jakarta, Indonesia.

A full copy of the report, including the executive summary, can be found here: https://bit.ly/aEK7zs