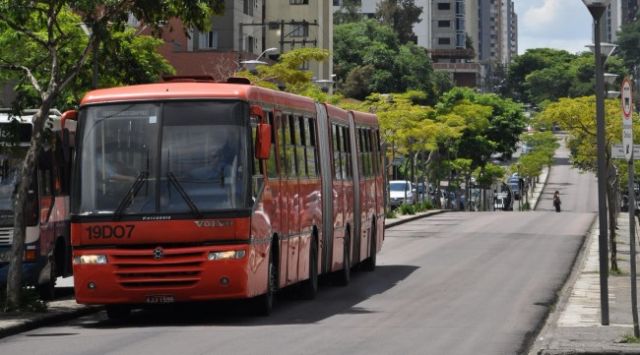 Top executives from Latin America’s most influential transit agencies will gather next month to launch the Latin American Association for Bus Rapid Transit and Integrated Transport Systems--a member-driven organization that seeks to advance urban public transport and improve quality of life in the region’s biggest cities.

EMBARQ – The World Resources Institute Center for Sustainable Transport, which launched the initiative, will serve as the association’s Technical Secretariat, under the leadership of EMBARQ’s Director for Latin America Luis Gutierrez.

Guitierrez said, “Despite the progress of urban mass transit in Latin America, the managers of transit agencies and other transport projects do not currently have the tools to deal with some of the problems that exist in the industry. This new association will help transport officials identify common challenges, share their experiences and knowledge, and ultimately, improve their services.”

Association members will pay an annual fee to participate in meetings and workshops that will take place throughout the year. EMBARQ Network experts will work with members to measure the performance, impact and management of their city’s existing transit systems, as well as to plan and implement future transport projects.

“Latin America has some of the highest rates of urbanization and motorization in the world, leading to problems, such as congestion, pollution, traffic-related injuries and deaths, and the loss of public space,” said CTS-Brasil Director Toni Lindau, who helped convene the association. “By sharing best practices, members of ALABRT will be able to improve the quality of their service, foster an efficient and competitive transport industry, and demonstrate how bus rapid transit, metro, rail and other integrated transport systems can help improve health, safety, quality of life and economic competitiveness in a city.”

“The association is set up to be an institutional vehicle for direct communication and collaboration among Latin America’s premiere transit agencies,” Gutierrez said. “We hope to grow the association to include other members, including multilateral development banks, nonprofits, businesses, transport planners and other experts.”

The first official meeting and opening ceremony for the Latin American Association for Bus Rapid Transit and Integrated Transport Systems or Asociación Latinoaméricana de Sistemas BRT y Sistemas Integrados de Transporte (ALABRT) will take place on April 14-16 in Curitiba, Brazil. Participants include the presidents and senior staff of 17 transit agencies from cities in Brazil, Mexico, Ecuador, Colombia, Guatemala and Chile. Officials from Bogota’s Transmilenio in Columbia and Curitiba’s RIT in Brazil, two of the region’s most successful BRT systems, will also be present.

The event will be hosted by Brazil’s Mayor of Curitiba Carlos Alberto Richa and sponsored by the Andean Development Corporation. Former mayor of Curitiba, Jaime Lerner, who helped transform his city through sustainable transport and urban planning, will be named Honorary President.