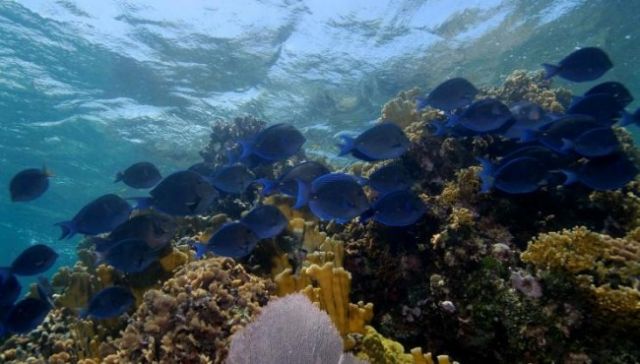 The degradation of coastal ecosystems, such as coral reefs and mangroves, could cost the tourism industry in the Dominican Republic nearly USD $100 million and threaten the livelihoods of Dominican fishermen who depend on these ecosystems for survival.

“Coral reefs and mangroves provide many valuable benefits or ‘ecosystem services’ to the people and economy of the Dominican Republic,” said Lauretta Burke, senior associate at WRI. “They help build beaches and slow erosion, draw millions of local and international tourists to the coasts, and provide habitat for valuable fisheries. However, these ecosystems are being degraded by pollution and overfishing – threatening both the local and national economy.”

Coastal Capital places a dollar figure on what the country stands to lose if efforts are not taken to preserve its beaches and coastal ecosystems. The analysis finds that each meter of beach lost in front of an all-inclusive resort reduced average nightly per-person hotel room rates by about USD $1.50. If beaches continue to erode at the current rate, this translates to USD $52-100 million of lost revenue for the Dominican tourism industry over the next decade.

Overfishing has also taken a toll on the country’s fisheries. The report estimates that the income from reef- or mangrove-dependent fisheries has decreased by 60 percent in the past decade – from USD $41 million to $17 million. The downward trend is endangering the livelihoods of many Dominican fishermen, and will continue unless overfishing is curbed.

“To date, little work has been done in the Dominican Republic to show the link between coastal ecosystems and economic growth, chiefly due to a lack of information and understanding on the exact services and benefits these ecosystems provide,” said Ruben Torres, executive director of Reef Check-Dominican Republic. “This report fills that gap by giving data to policymakers and tourism developers to identify problem areas and recommendations on how to fix them.”

For instance, better enforcement of fishing regulations, coupled with increased dive tourism in the country’s marine parks, could be a win-win solution for both fish populations and the fishermen that depend on them. One case study found that tourism operators at La Caleta Marine Park could charge USD $50-60 per person for dive trips. Fishermen who become dive operators in the park could earn 90 percent of what they currently earn from fishing – a number that would increase as tourism activities expand.

To address the problem of beach erosion, the Dominican Republic has regulations to control coastal development. Recommendations from the report suggest that the government strengthen and enforce existing regulations. It also recommends that the government implement new measures to protect coral reefs from sediment and pollution from agriculture, deforestation, and coastal development.

Coastal Capital also examines the economic benefits of the Dominican Republic’s Jaragua, Sierra de Bahoruco, and Lago Enriquillo Biosphere Reserve. Tourists – mostly Dominican citizens – spend more than USD $1 million annually on hotel, food, and travel expenses to visit the Reserve. In view of current plans to develop mass tourism and mining in and around the park, the report argues that the Reserve and surrounding areas should be kept as they currently stand. This would preserve the Reserve’s fragile biodiversity, benefit Dominican tourists, and benefit roadside communities where tourists pay for food and lodging, some of which are located in poor, rural areas.

Burke added, “Coral reefs and mangroves are inextricably linked to national economies, bringing in revenue from tourism and fisheries and protecting the coastline. Our valuations of coral reefs and mangroves in four Caribbean countries have all found that it is in their long-term economic interest to protect coastal ecosystems.”

WRI’s Coastal Capital project was made possible by financial support from the MacArthur Foundation and the Swedish Biodiversity Programme (SwedBio).

Coastal Capital: Economic Valuation of Coastal Ecosystems in the Caribbean