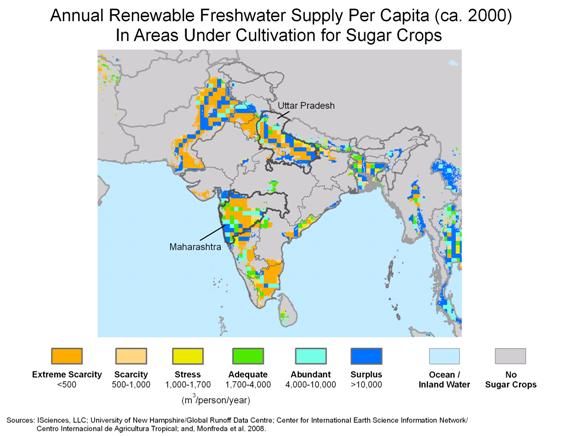 Environmental trends could have significant financial repercussions for the $40 billion food and beverage industry in South and Southeast Asia, according to a report released today by the World Resources Institute (WRI) and HSBC's Climate Change Centre of Excellence.

“The food and beverage industry is particularly vulnerable to climate change and water scarcity in Asia. The region is already struggling with increased water demand because of population and economic growth,” said Dana Krechowicz, a WRI associate and co-author of the report.

The industry’s dependence on agriculture, aquaculture and water resources for business operations makes it particularly susceptible in a region where climate change is projected to severely intensify water scarcity problems.

The report’s findings suggest that the edible oils, starches, and sugar sub-sectors will be most vulnerable to increasing agricultural prices, while aquaculture, poultry, and dairy will be vulnerable to disease and contamination. As part of the study, HSBC's analysis on an Indian sugar company shows that a sugarcane price increase of 1 percent can lead to a decline in profit of up to 10 percent.

The risks identified in the report are already affecting some food and beverage sectors. Drought during the monsoon season in India caused sugar prices to reach a 28-year high in 2009. This is particularly troubling considering experts estimate that by 2020, the demand for water in India will exceed all its sources of supply.

“Water stress is set to have a growing role in shaping the sector,” said Nick Robins, head of the Climate Change Centre of Excellence at HSBC. Roshan Padamadan, a HSBC analyst at the Centre stated, “The strategic choices made by a company along its value chain can mitigate these risks, making it important for investors to understand its sourcing, inventory, and operational performance.”

Weeding Risk is the first report in a three-part series. The second report, Over Heating, analyzes the power sector in South and Southeast Asia. Surveying Risk, Building Opportunity, assesses the environmental risks to commercial real estate in the region.