WRI Releases Guide to Key Elements of Success at Copenhagen 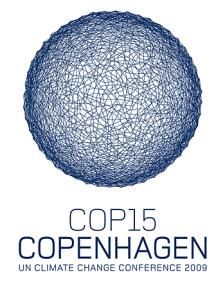 The World Resources Institute (WRI) released a six-page brief here today. It outlines key elements for a successful and possible outcome of the United Nations climate conference next month in Copenhagen, Denmark.

“Commitments made and mechanisms agreed will signal that the future belongs to a low-carbon economy and that tomorrow’s winners will be those that invest in clean energy solutions,” said Jennifer Morgan, director of WRI’s Climate and Energy Program and a lead author of Foundation for a Low-Carbon Future: Essential Elements of a Copenhagen Agreement. “It will also set in motion swift support for the most vulnerable in adapting to a warming world.”

WRI’s president, Jonathan Lash, added, “Copenhagen will be a success if it creates the basis for and a commitment to a legally binding global climate agreement next year, and supports the efforts of leaders in the U.S. Senate to develop and pass energy and climate legislation.”

Foundational Elements of a Copenhagen Agreement

The Copenhagen conference is likely to result in a foundational outcome that encourages immediate action to reduce emissions and signals commitment to greater action in the near future. The negotiations are likely to conclude in a series of decisions that would lock in progress made so far, together with an overarching high-level political declaration that the final agreement would be legally binding. This new, comprehensive, and legally binding instrument would be the goal of negotiations in 2010, once the United States passes the domestic legislation necessary to commit to a target and timetable for reducing heat-trapping pollutants.