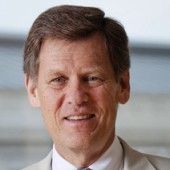 Leaders of China and the U.S. announced today that their countries will work hard alongside other nations to produce a substantive international climate agreement at a major United Nations climate conference next month.

In response, Jonathan Lash, president of the World Resources Institute, said, “The outcome of today’s discussions between President Barack Obama and President Hu Jintao on climate and energy sends an encouraging signal for a positive result at the upcoming climate summit in Copenhagen.

“The statements by the two leaders and the joint communiqué following their meeting reflect a shared sense of urgency about achieving progress toward a comprehensive agreement on climate change, and a shared vision of the transition to a low carbon economy as a source of innovation and economic opportunity,” Lash added. “It is particularly encouraging that both leaders signaled their commitment to national action to reduce heat-trapping pollutants, and to cooperation on a wide range of projects to promote technologies to achieve that goal.”

For much more information on the upcoming climate talks, visit the Countdown to Copenhagen page on WRI’s Web site.