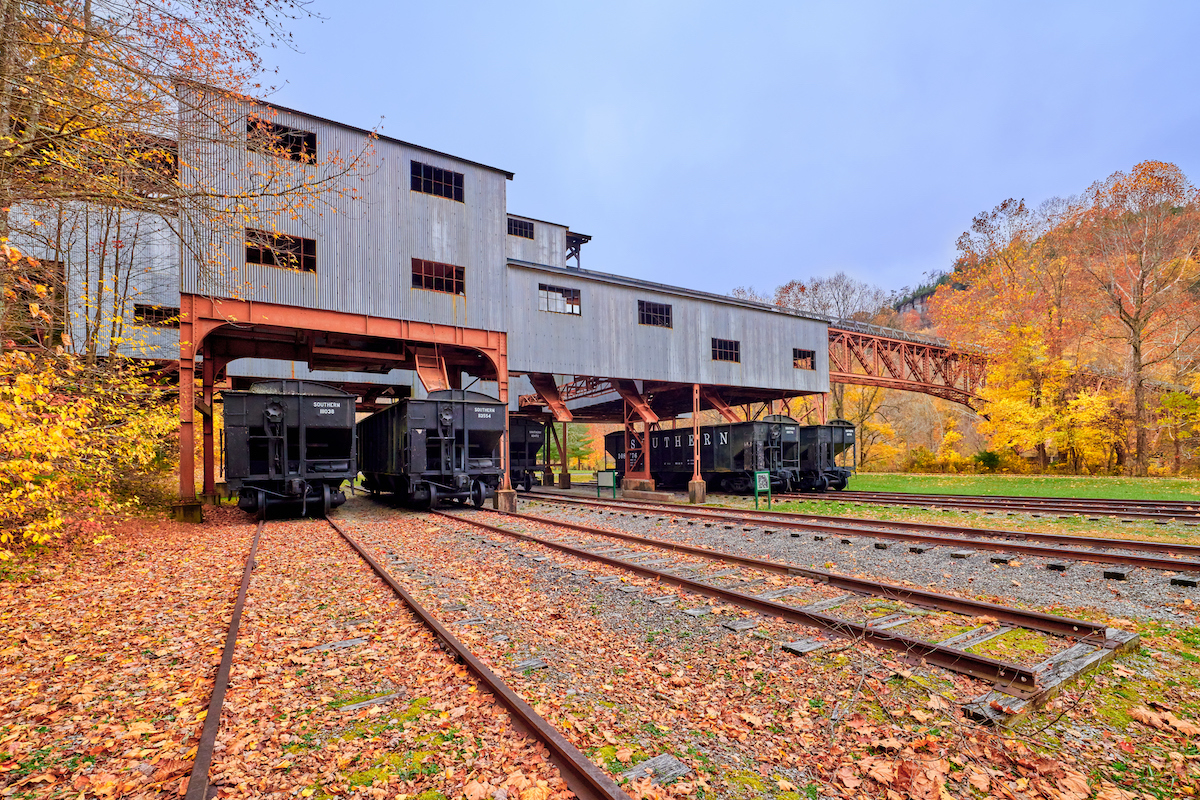 For almost 50 years, the U.S. state of Kentucky has levied a severance tax on coal and used part of its revenues to support economic development, job creation, infrastructure and services in coal-producing counties. Through two state funds, the tax has pumped hundreds of millions of dollars into some of Kentucky’s poorest counties and municipalities and helped to diversify their economies. However, as coal production and employment continue to decline, so do coal severance tax funds, posing ongoing economic challenges across the Appalachia region.

At first, this decline was due to mechanization and increased use of surface mining, which requires less labor, and more recently was due to the emergence of natural gas and renewable power as cheaper alternatives to coal in electricity generation. Along with falling coal demand in the United States and globally, Kentucky’s coal industry has become less cost-competitive due to diminishing reserves of easy-to-mine coal. Going forward, concerns about climate change and the possibility of stricter environmental regulation may compound the decline.

Even as many in Kentucky have cherished its history of coal mining, it has also paid a steep price in terms of public health and environmental impacts. These include polluted stream and water supplies as well as an increase in respiratory, heart and cancer problems among residents living close to mines. Surface mining in Appalachia was linked to an increased cancer rate and $75 billion per year in public health expenses.

Kentucky’s coal severance tax (a tax on coal produced and processed in the state) was introduced in 1972. A significant portion of the tax revenue went towards the state’s General Fund and helped local governments pay for basic services, while only 7.6% of the $2.7 billion collected from the tax between 1972 and 1992 went to coal-producing counties, even though they were the most in need of financial support for their economic diversification.

In light of these concerns, in 1992 the Kentucky General Assembly passed legislation that allocated half of the severance tax revenue to coal-mining regions of eastern and western Kentucky. The legislation allocated 15% of those funds to a revenue sharing program for local governments to provide basic services, known as the Local Government Economic Assistance Fund (LGEAF), and 35% to a local fund for industrial development, known as the Local Government Economic Development Fund (LGEDF).

The LGEDF could only be spent on projects that promoted industrial activities (including manufacturing, processing or assembling) as a way to create jobs and generate tax revenue. However, this strategy had limited success. A series of industrial parks were built in eastern Kentucky, which struggled to find tenants. Thereafter, the legislature began allocating the money in the LGEDF fund to specific projects in each county. Funds have supported various educational and social programs including senior centers, veteran memorials and recreation and sports facilities.

However, there has not been a coordinated strategy for economic diversification or a long-term economic development plan to guide the spending of the funds. 50% of the budget is allocated based on allocated to counties based on coal severance levels, and the other 50% based on each county’s share of employment in mining, share of earnings from mining and the unemployment rate.

A 2018 law provided for 100% of surplus coal severance tax revenues to go to LGEAF-eligible counties as well. In fiscal 2019, this resulted in $15 million in additional economic development funds for coal counties and municipalities – welcome news for Harlan County, for instance, where over 225 miners had been laid off. LGEAF now supports a variety of activities including environmental protection (such as sewage disposal, sanitation and solid waste management) and workforce training. It is available to coal-producing counties, as well as counties severely impacted by coal transportation logistics. Funds are automatically distributed quarterly to the eligible counties, with no application needed.

It is difficult to say if economic diversification strategies funded by coal severance taxes have led to improvements in Kentucky’s economy as a whole. Kentucky’s economy has lagged, with an incomplete recovery from the 2007–2008 recession. As of 2019, the Kentucky Center for Economy Policy found that overall employment in the state fell short despite some progress observed in economic recovery, the state overall still lacks 20,100 jobs relative to 2007 levels, and that the recovery had mainly favored urban/metro areas. Workforce participation in rural areas (70.6%) remained below urban areas (80.8%), and below the national average for rural areas (76.6%).

Finally, even though more money is being allocated to Kentucky’s coal communities, declining coal production makes this revenue source unpredictable. In 2016, revenue from the coal severance tax stood at $8.9 million compared to $20.5 million in 2011. Calls to establish a permanent trust fund that would provide an ongoing revenue stream after the coal industry is gone have gone unanswered. Permanent trust funds are created by allocating a portion of severance tax revenue each year to the fund, which is then invested. The fund grows over time and the dividends can be used every year for needed investments in the region. 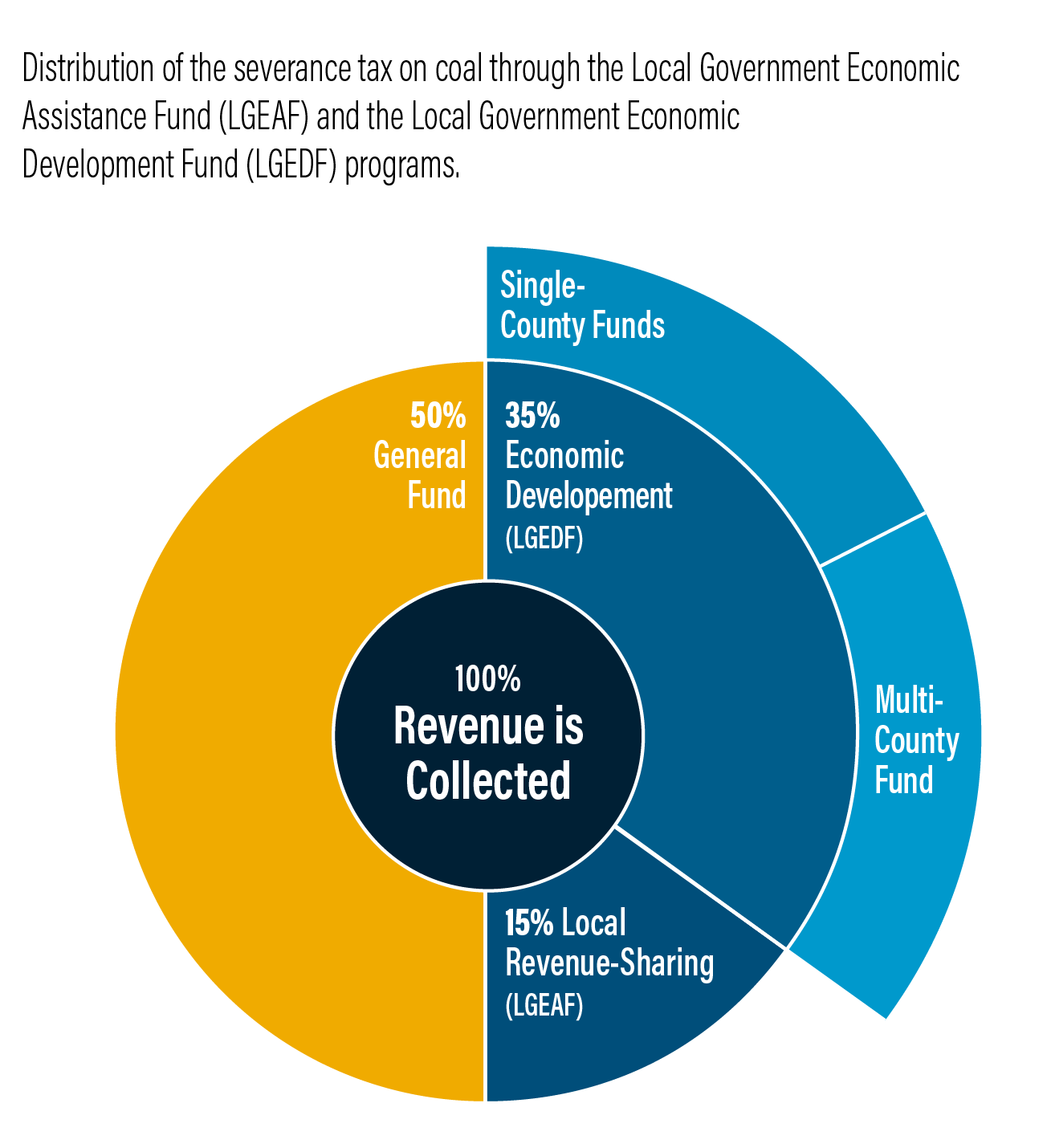