Over the last five years, more than 80 countries have committed to reaching “net-zero” emissions by mid-century. This means reducing emissions and, in some cases, scaling up carbon removal so the sum of emissions and removals equals zero. When setting out to achieve a net-zero target, experts agree that the most important step is for countries to reduce emissions as much as possible, as quickly as possible.

However, leading reports from the Intergovernmental Panel on Climate Change and others affirm that keeping temperature rise below 1.5 degrees C (2.7 degrees F) and avoiding the worst impacts of climate change will very likely require scaling up carbon removal capacity, which can come through both natural and technological approaches. Estimates indicate that globally we may need to remove up to 10 billion metric tons of carbon dioxide per year by mid-century — that's equivalent to the volume of 4,000,000 Olympic swimming pools.

But what does net-zero mean? Why is it net? And why is it not zero? Imagine a bathtub filling with water to find out ⬇️ https://t.co/XZuA8NSrMB pic.twitter.com/QncIJhmFcJ

So, what are these carbon removal techniques and to what extent are countries counting on them as they progress toward their long-term climate goals?

What is Carbon Removal?

Carbon removal includes a range of approaches that remove carbon dioxide (CO2) directly from the atmosphere. Some familiar approaches are tree planting and increasing carbon storage in soil — nature-based solutions which leverage and enhance natural carbon sinks. These are already being used around the world; however, many are ready for broader application and would benefit from public and private funding to scale up faster and improve inventory and monitoring capacity.

There are also technological carbon removal approaches, including engineered solutions that accelerate natural carbon cycles or directly remove CO2 — like direct air capture (DAC), which uses chemicals to capture CO2 from the air and mineralization, which speeds up natural reactions between rocks and CO2 in the air. There’s also biomass carbon removal and storage,* which uses biomass to capture CO2 coupled with sequestration or use in durable products and a suite of ocean-based carbon removal approaches — ranging from growing seaweed and sinking it to the deep sea, to adding crushed rock for mineralization, to using electricity to directly strip CO2 from seawater. These approaches too need continued research funding to better understand their viability.

Carbon removal will be needed, likely at a large scale, to address “residual emissions,” or those that scientists say will be especially challenging to eliminate by mid-century — for example, some emissions from long-haul shipping and aviation and non-CO2 emissions from agriculture — and to address “legacy emissions,” or the total accumulated emissions in the atmosphere, to lower atmospheric CO2 concentrations to safer levels and keep temperature rise within 1.5 degrees C.

Hover over each approach to learn more: 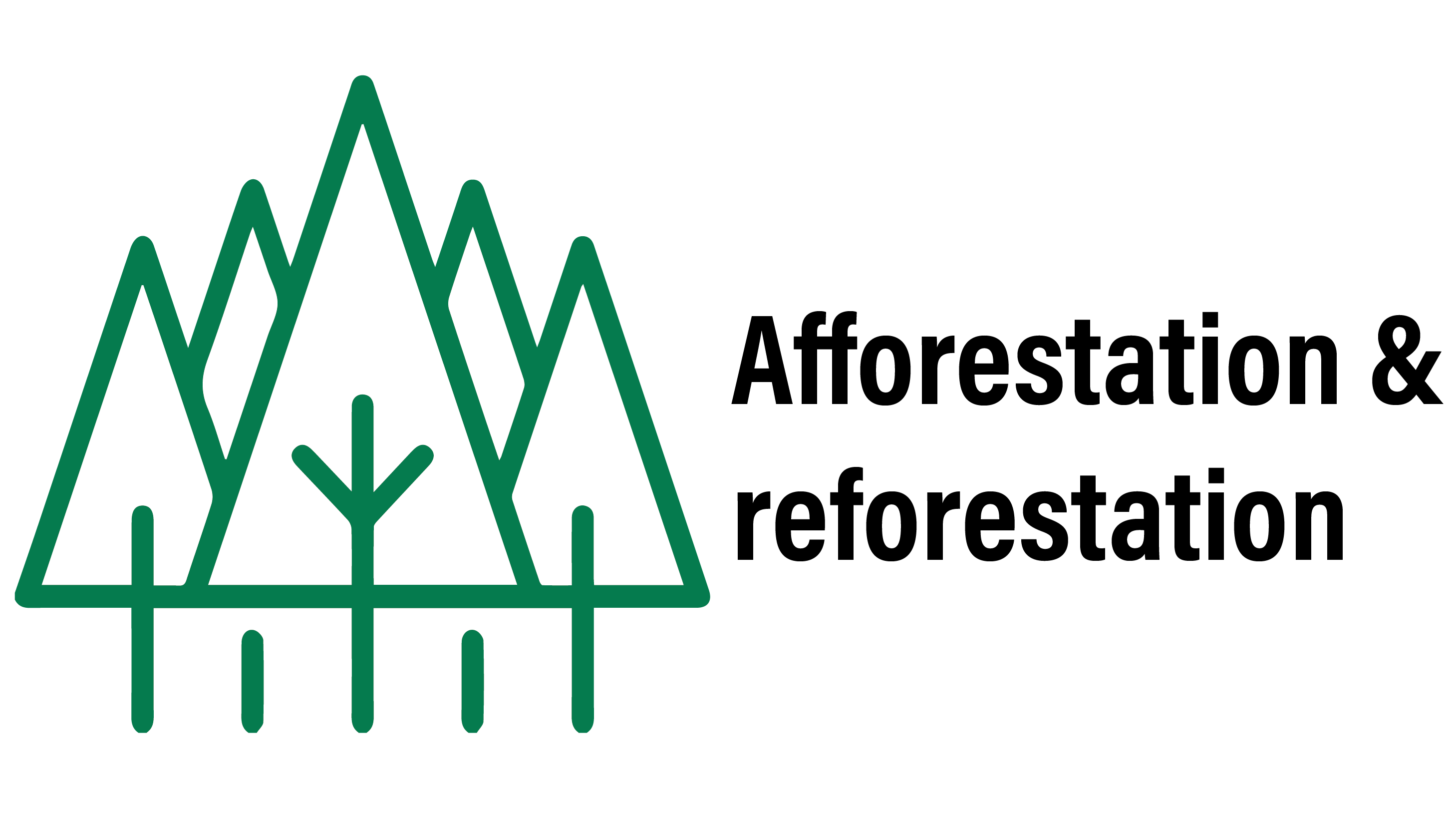 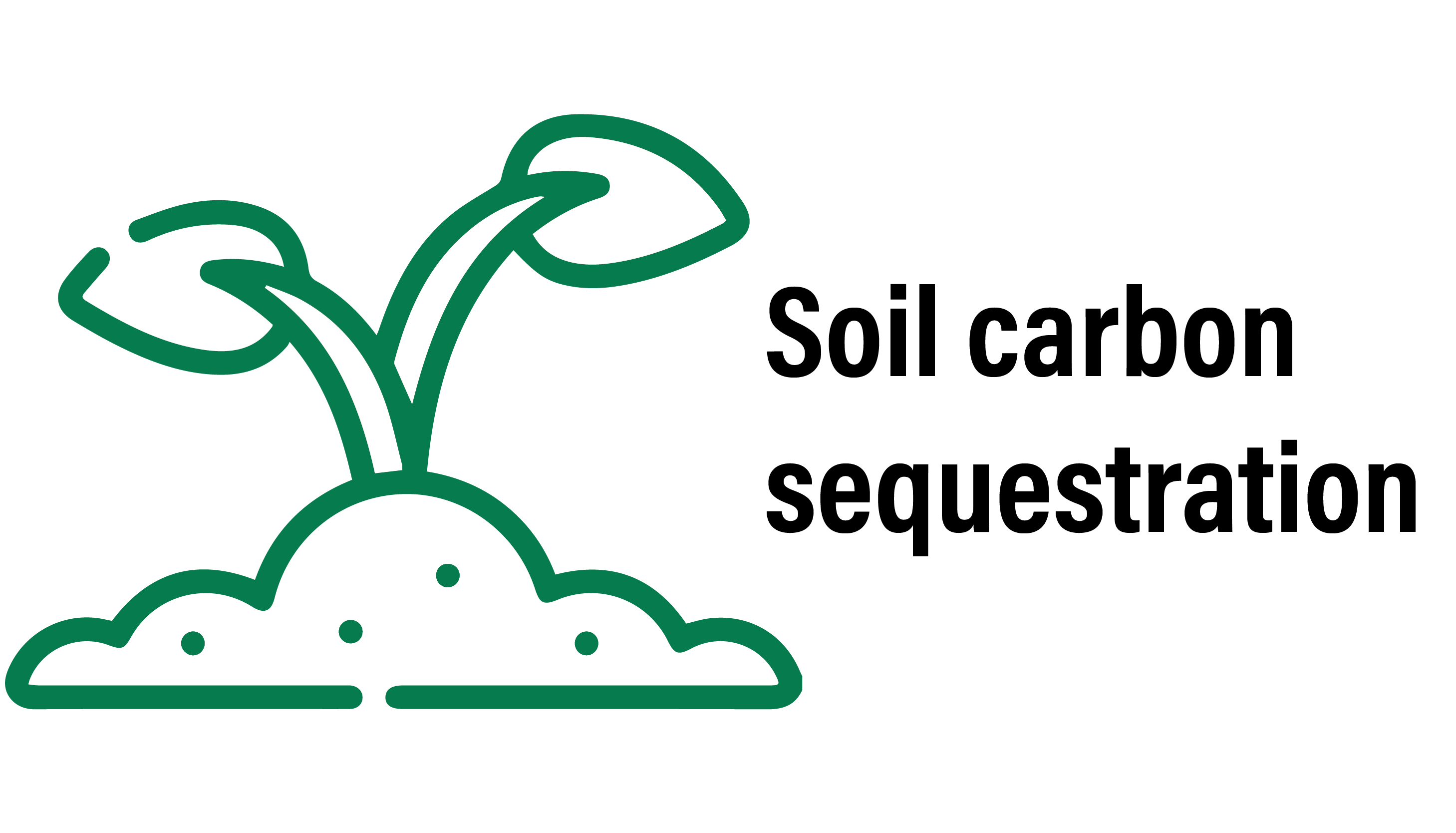 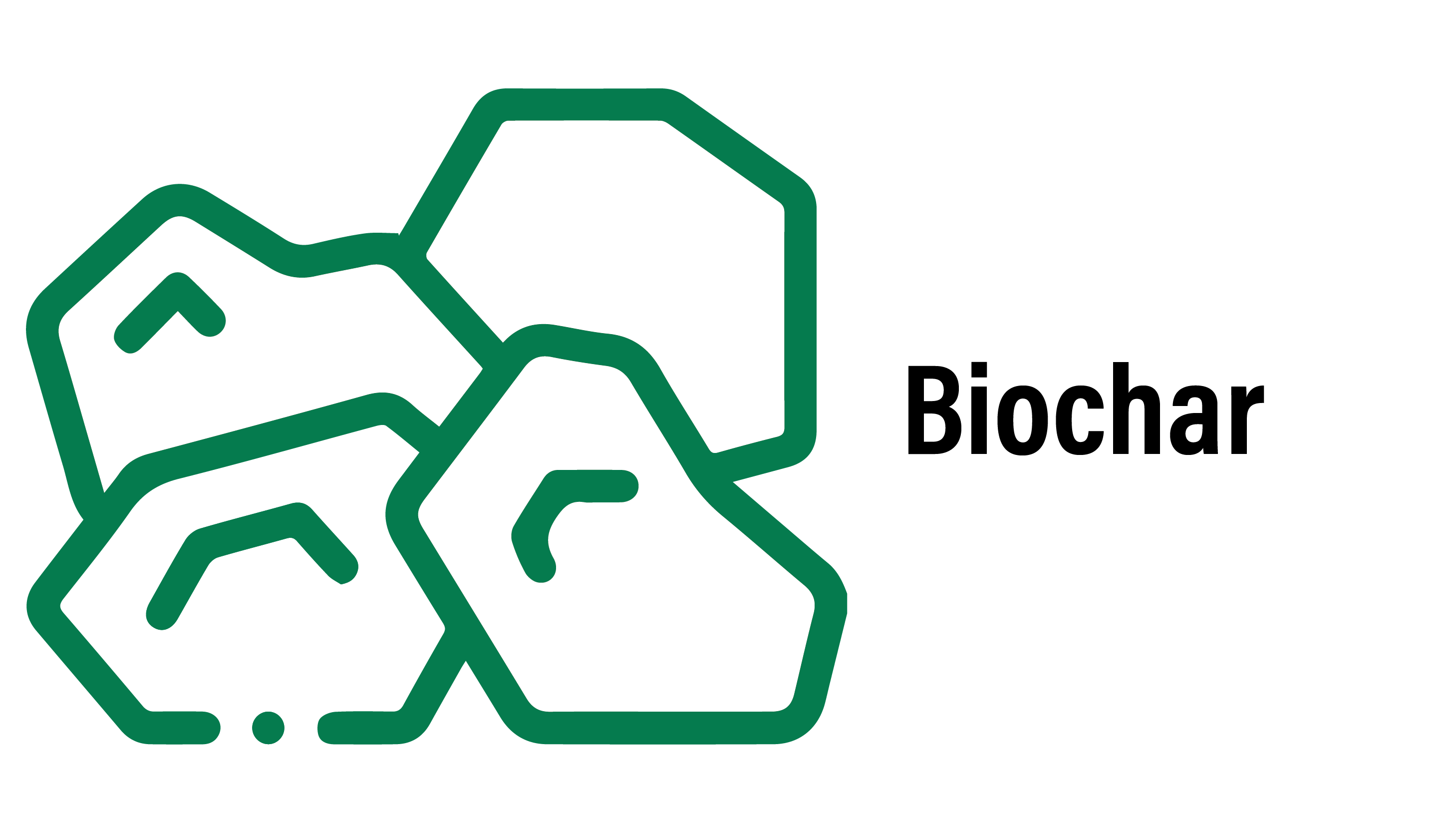 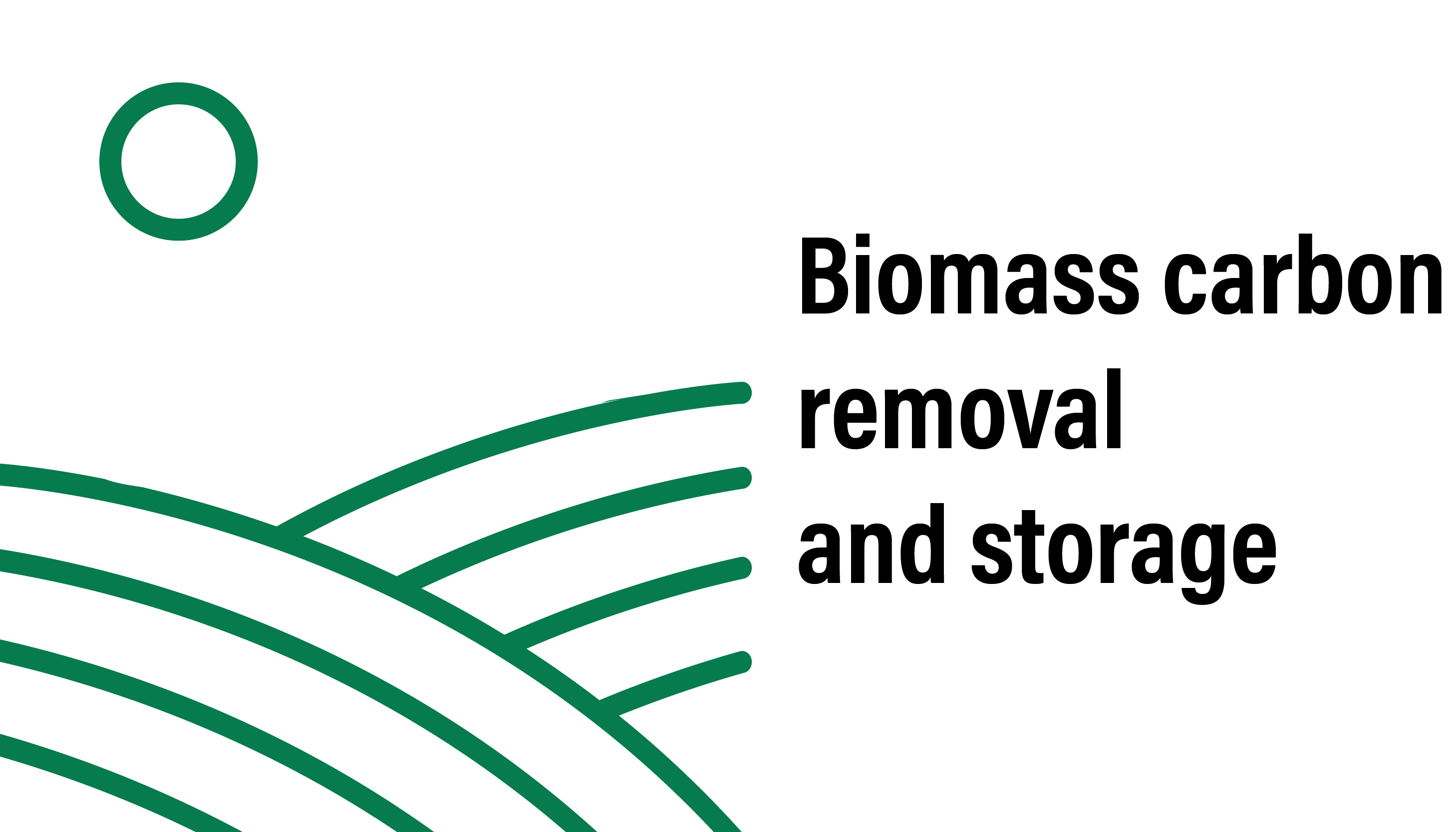 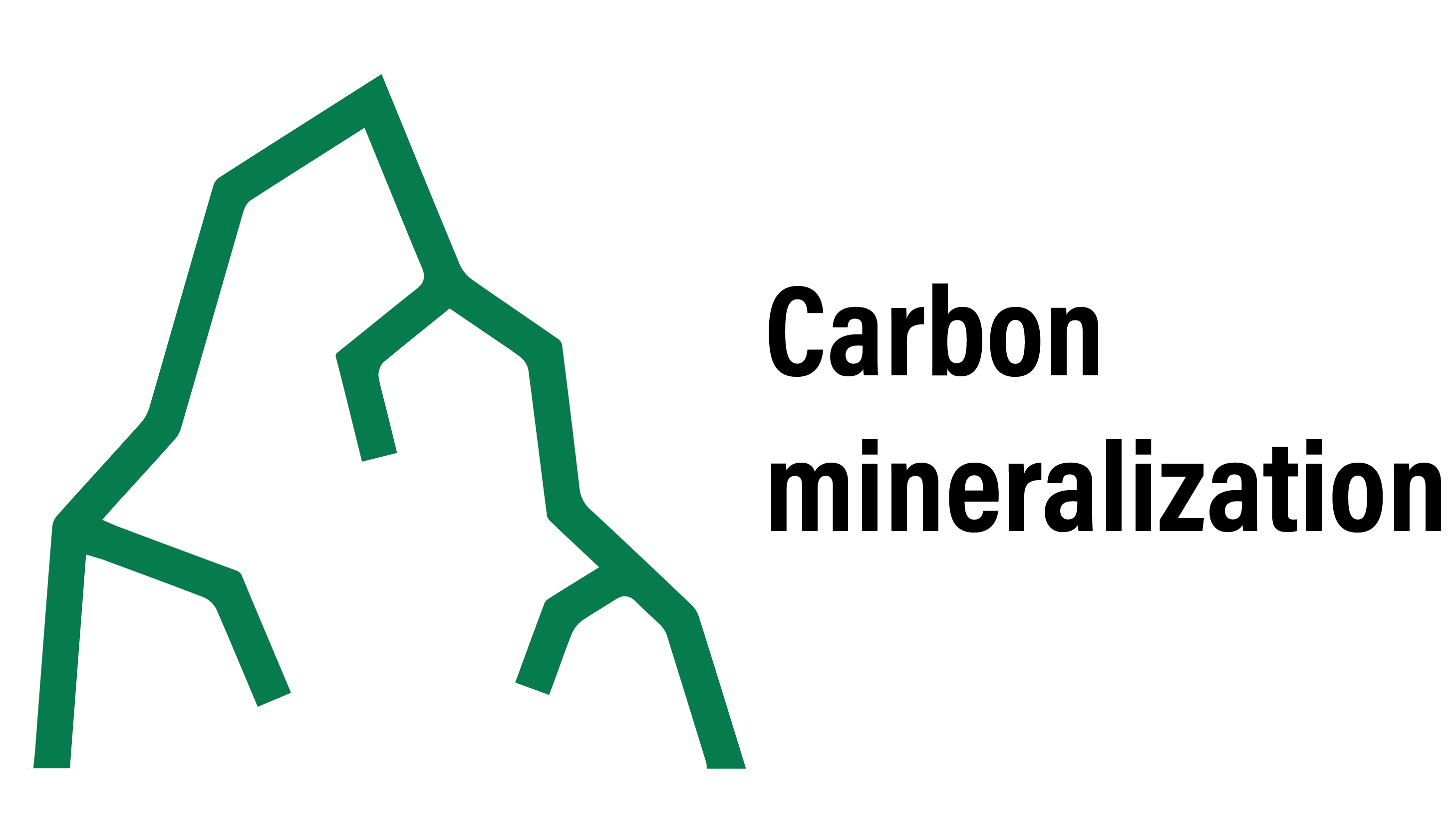 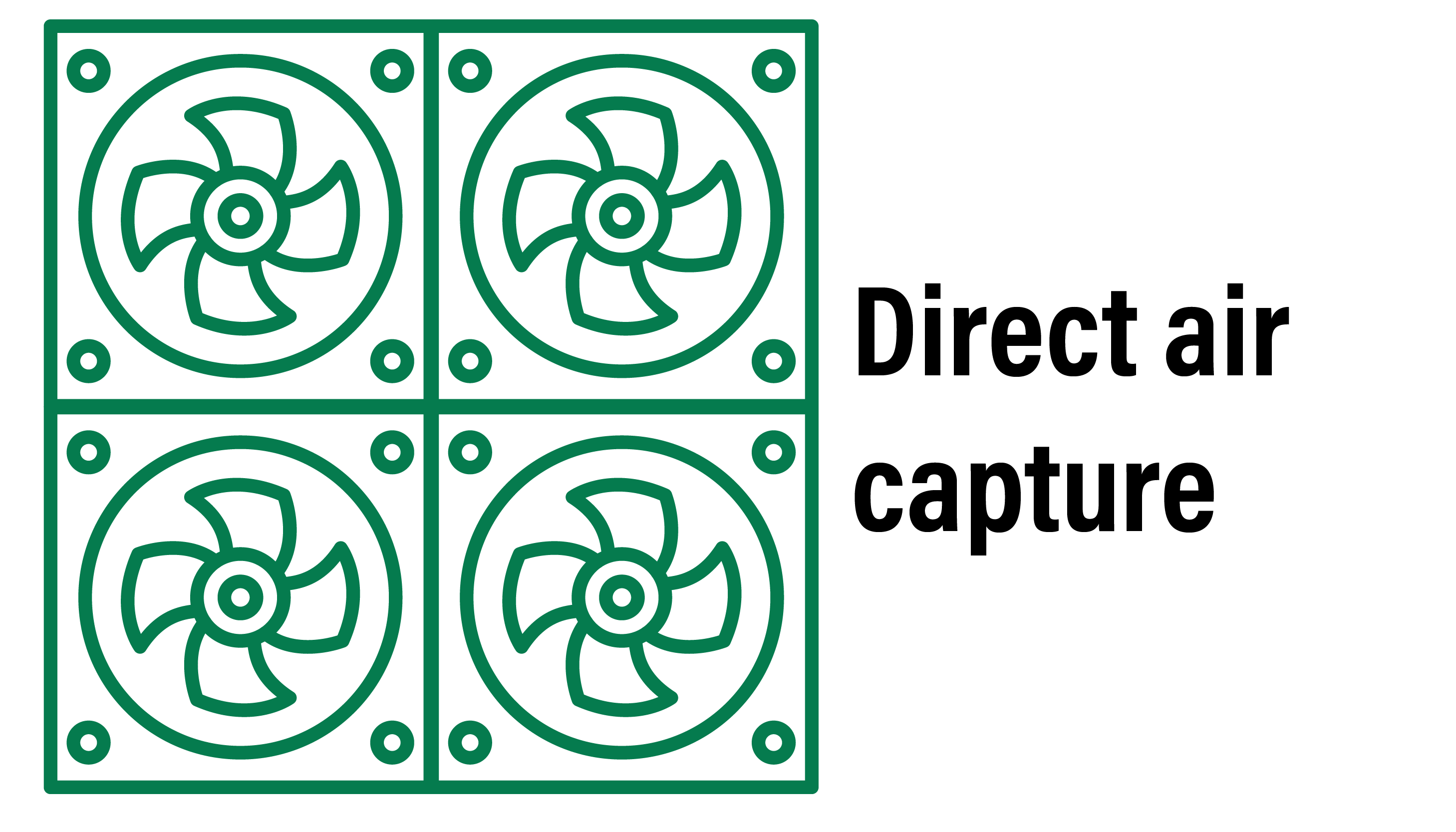 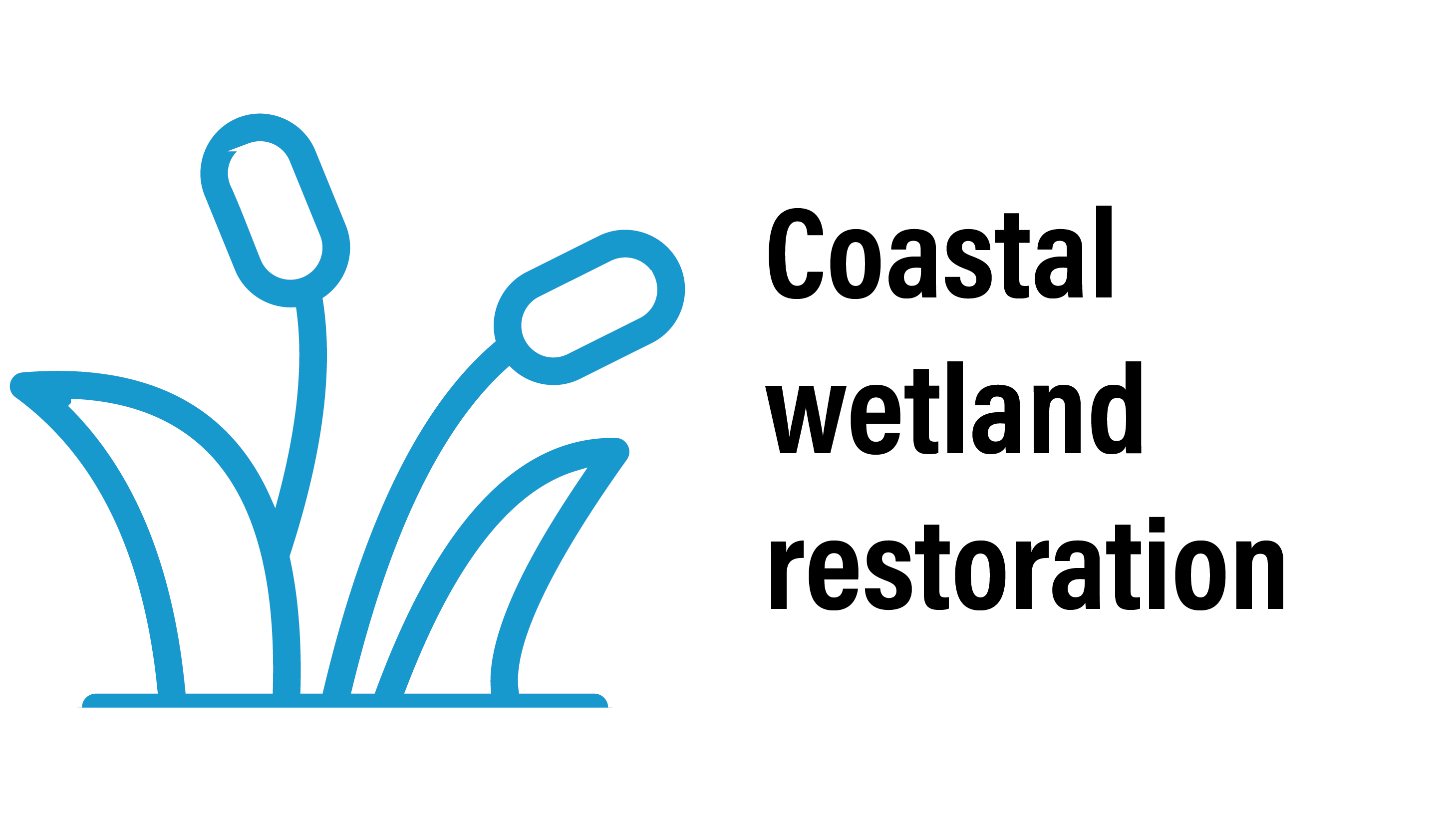 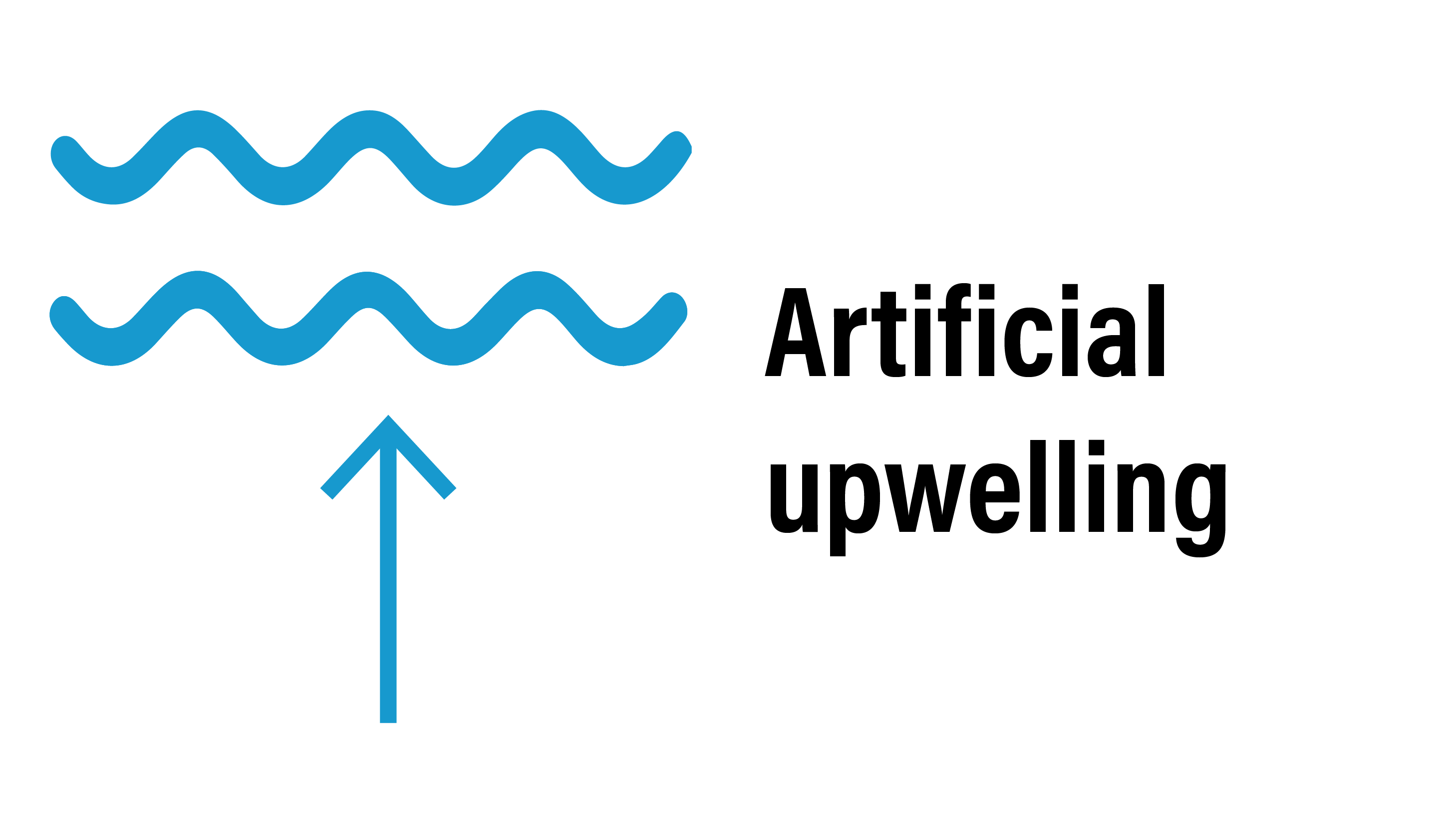 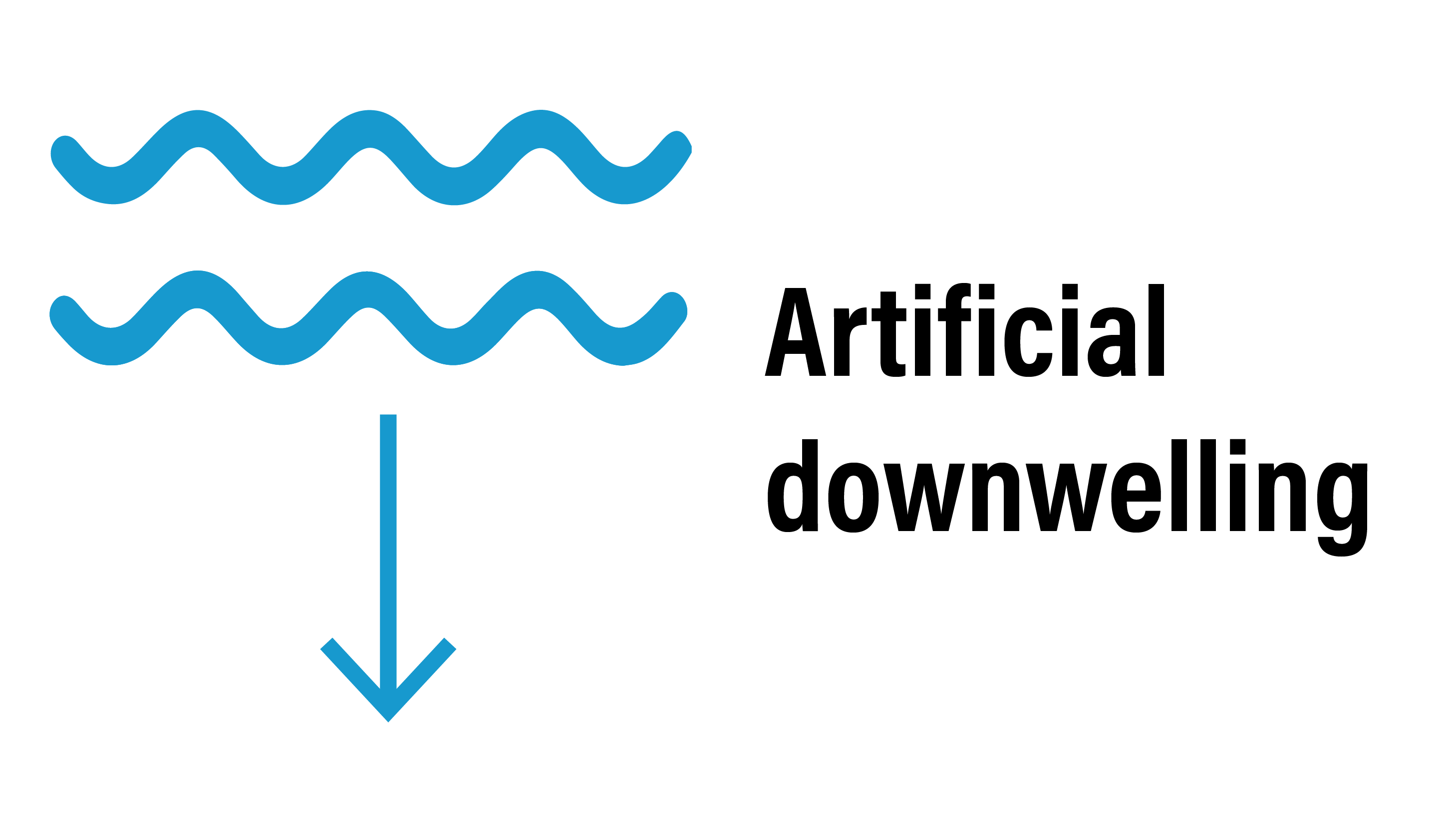 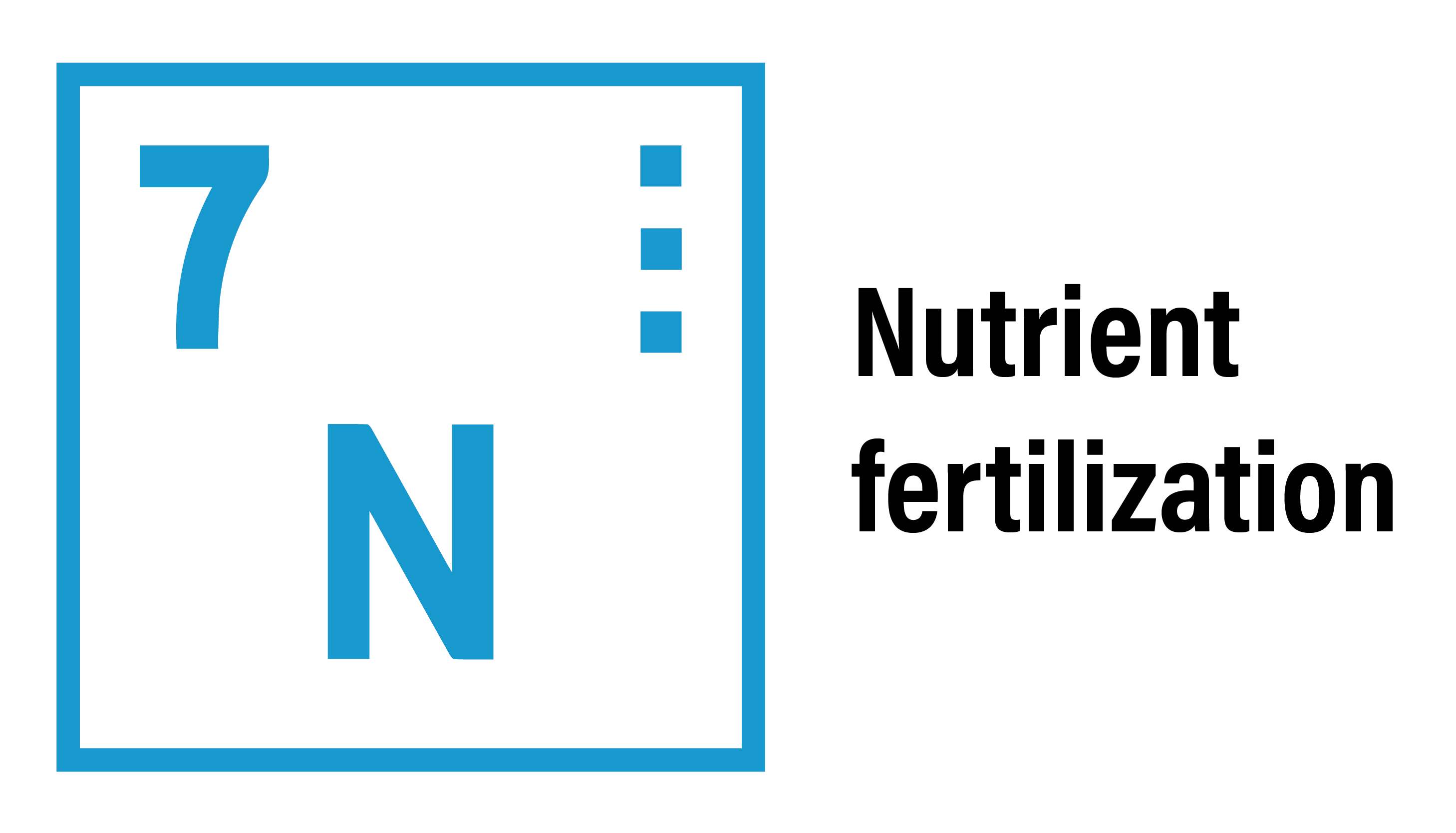 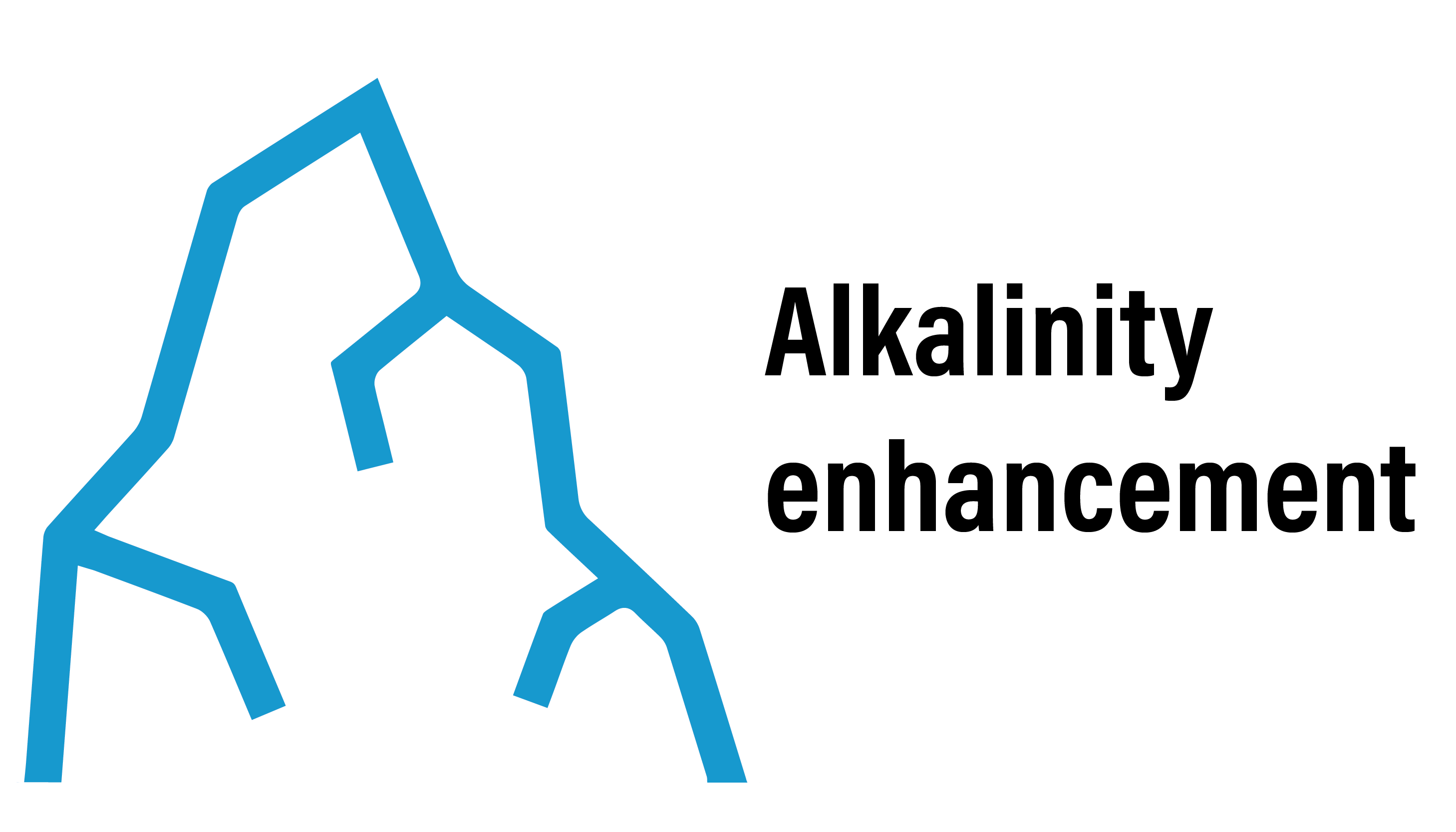 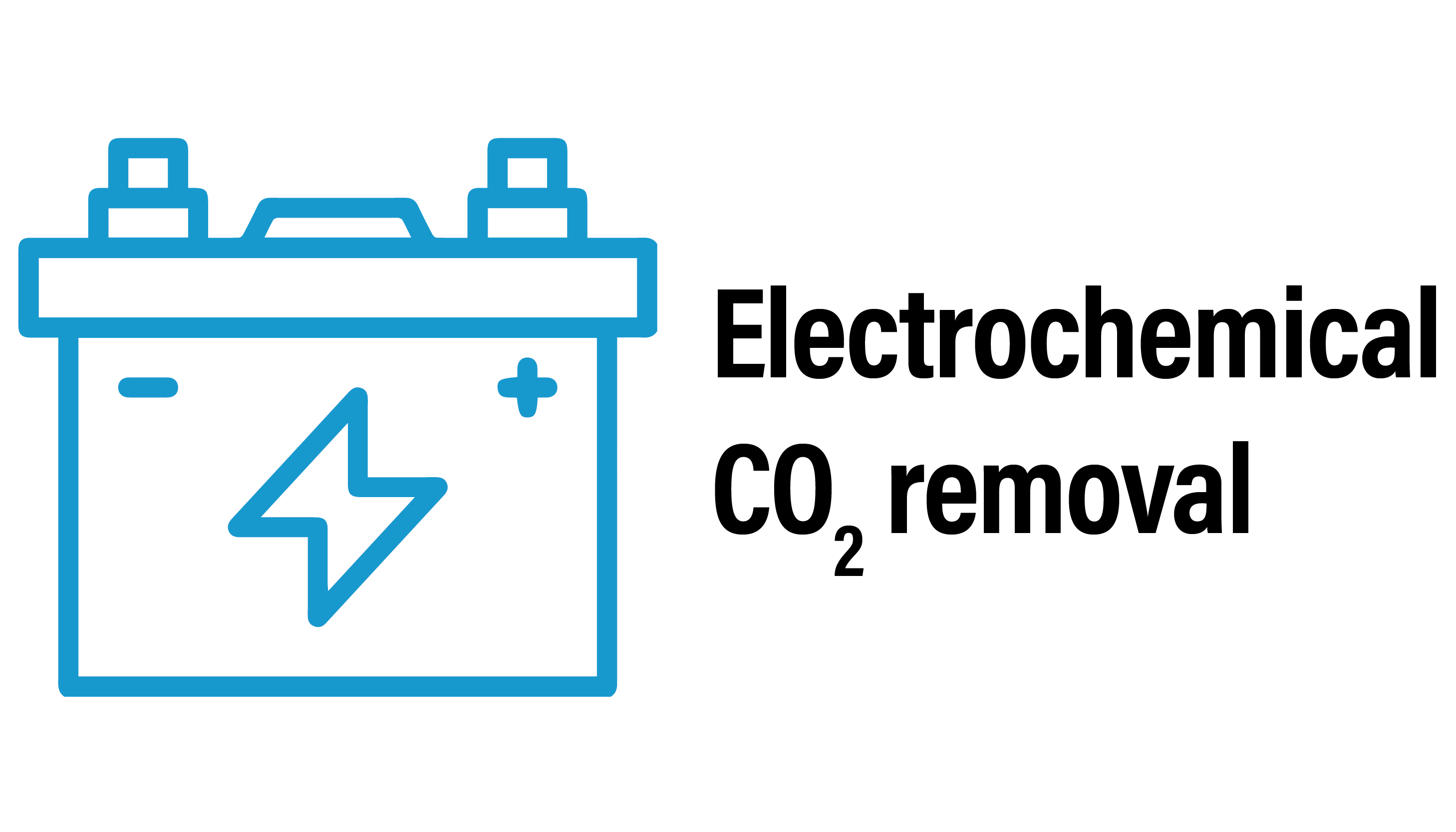 Net-zero targets are frequently communicated via long-term strategies (or LTSs), or formal plans submitted by countries to the United Nations Framework Convention on Climate Change (UNFCCC), that outline their plans for progressing toward a more sustainable society by mid-century. There are no set requirements for what long-term strategies must cover, but submissions frequently include a long-term vision for emissions reductions, modelled mitigation scenarios, quantitative and qualitative sectoral targets, adaptation plans, strategies for facilitating a just transition, and monitoring, evaluation, review and revision plans, among others.

So, across all long-term planning documents communicated to the UNFCCC, what common themes are emerging?

1. Diverse natural and technological carbon removal solutions are included across the LTSs submitted.

When looking across the 47 submitted long-term strategies that include carbon removal (see map, above), a wide variety of both natural and technological approaches are mentioned. Natural approaches that frequently appear include afforestation and reforestation (generally discussed in the context of broader forest management practices), soil carbon sequestration and use of biochar (a charcoal made from biomass that can be added to soil and sequester carbon).

It’s important to note here that natural carbon removal is not a new concept in emissions inventories and climate commitments. National greenhouse gas inventories have always included both emissions sources and sinks, and emissions reduction targets have often been set in net terms. Recent momentum around reaching net-zero emissions, however, has increased the need for these solutions, and similarly increased interest in newer carbon removal technologies, just as it has increased the need for rapid emissions reductions.

Among the 18 submitted long-term strategies that mention specific carbon removal technologies, bioenergy with carbon capture and storage (BECCS) is mentioned most frequently, in 15 of the 18. Direct air capture is mentioned in seven (those put forward by Australia, Hungary, France, Japan, Switzerland, the United Kingdom and the United States), carbon mineralization or enhanced weathering in four (Iceland, the U.S., Switzerland and Japan), and ocean-based carbon removal in two (Japan and the U.S.).

Japan and the U.S. both include some version of virtually all proposed leading carbon removal approaches — both natural and technological. On ocean-based carbon removal, Japan is unique in also mentioning specific approaches including seaweed cultivation and enhanced upwelling and downwelling.

Ultimately, the diversity of approaches included across the long-term strategies submitted demonstrate that countries are considering a variety of options to help meet ambitious mid-century climate targets.

2. Multiple countries quantify how much carbon removal will be required to reach their long-term goals, though many do not differentiate between technological versus natural approaches.

To understand how a country will achieve its mid-century climate target, it’s important to look at the quantity of emissions reductions versus carbon removals that the country expects to rely on. Communicating these assumptions in national planning is important to ensure necessary policies are put in place, the private sector is incentivized to develop and pilot needed technologies, and financing is secured for both emissions reductions and removals.

To date, 19 countries — ranging from developing economies like Cambodia and Thailand to developed nations like the UK and the U.S. — explicitly quantify the amount of carbon removal that they intend to use in order to achieve the mid-century target communicated within their long-term strategies.

Finally, there are cases in which countries do provide estimates for how much carbon removal they intend to use, but do not distinguish between technological and natural carbon removal approaches. In Slovenia’s long-term strategy, for example, the government notes its plans to reduce its emissions by 80-90% from a 2005 baseline, leaving the residual emissions to be compensated for with removals. However, it’s not clear whether these removals will be achieved through natural or technological approaches. In cases like these, distinguishing between natural and technological solutions will be important for driving the right policy and financing signals.

Ultimately, clearly quantifying carbon removal assumptions in long-term strategies will be important to show that countries are not avoiding emissions reductions today in exchange for overreliance on carbon removal in future decades. This can help provide clarity around the moral hazard concern that countries are planning to use future technologies, some of which are not yet commercialized and will themselves have a range of other impacts, rather than doing the work of emissions reductions today, which is often less costly and could help avoid significant environmental and social damage expected from overshooting 1.5 degrees C (2.7 degrees F).

3. Substantive details on the development, financing and deployment of carbon removal plans are not communicated in most LTSs.

While many natural carbon removal approaches are already being used across the world, developing and deploying a broader portfolio of technological and natural carbon removal solutions will require substantial and robust planning. To scale these approaches, policy that drives development must be put in place, financing needs to be secured, equity concerns and environmental impacts need to be addressed, permanent storage and use cases for removed carbon need to be explored, and more.

However, across the 50 long-term strategies submitted to date, plans to address these topics and others are typically minimal.

Several countries do provide some information about initiatives they are launching to support development and deployment of carbon removal. The UK long-term strategy, for example, includes commitments to "deliver £100 million innovation funding for Direct Air Carbon Capture and Storage (DACCS) and other greenhouse gas removal strategies" and "seek an amendment to the Climate Change Act to enable engineered removals to contribute to UK carbon budgets.” Meanwhile, Singapore notes in its long-term strategy that it will “explore partnerships with companies and other countries with [geological formations suitable for storing removed carbon]” given the lack of permanent storage options within its domestic territory. These cases are positive examples from which other countries can learn. However, further planning in these countries and in others that intend to rely on carbon removal technologies will be required for driving action.

What’s Missing and What Do We Need to See Now?

As countries increasingly set net-zero and other long-term climate targets, it will be critical for governments to transparently communicate what portion of their target is to be achieved through emissions reductions and what remaining portion is to be achieved with carbon removal from both natural and technological approaches. Moreover, providing details about the kinds of carbon removal technologies countries expect to use, the amount of carbon removal they intend to deploy, and the policy and financing mechanisms that they will implement to drive development and use of these approaches can help provide credibility and clarity to the target.

Increasing both natural and technological carbon removal will be required to unlock a net-zero future, but thorough and comprehensive details of countries’ plans to use these technologies are oftentimes lacking in the plans they share with the international community. To ensure that carbon removal technologies are scaled and deployed responsibly by mid-century, transparent planning today is paramount.

*Biomass carbon removal and storage includes but is broader than bioenergy with carbon capture and storage (BECCS), which is often included in climate models.